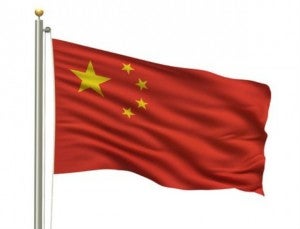 BEIJING—Tibet’s Communist Party chief has demanded that Buddhist monasteries display the national flag as part of efforts to shore up Chinese control over the restive region.

In an editorial appearing in state newspapers, Chen Quanguo wrote that national flags should be among the key elements found in monasteries.

Demands to display Chinese flags have frequently sparked protests by Tibetans who complain of heavy-handed Chinese rule. Tibetan monks and nuns are among the most active opponents of Chinese rule in the region and face some of the harshest restrictions on their activities.

Chen also called for stepping-up legal and patriotic education in the monasteries — particularly on China’s regulations and restrictions on religious life and institutions — along with activities to select model temples, nuns and monks who display “advanced patriotism and obedience to law.”

“Let the broad masses of monks and nuns be even more conscious of patriotism, obedience to law, and the promotion of religious harmony,” Chen wrote. “Guide them in the adaption of Tibetan Buddhism to socialist society.”

The flag display demand violates Tibetan Buddhist tradition and underscores the extent of China’s determination to control all aspects of the religion, said Bhuchung Tsering, vice president of the London-based advocacy group International Campaign for Tibet.

“While China continues to tell the world that Tibetans enjoy religious freedom and autonomy, its top official in Lhasa is engaged in an ideological campaign to turn Tibetan monasteries into ‘patriotic centers,'” he said in a statement.

Chen also said that newspapers, television, telephones and water and electrical connections should be made available in monasteries. He said measures would be taken to improve health care, stipends and pensions for monks and nuns to permit them to “personally feel the concern and warmth of the party and government.”

Chen’s demand was contained in a lengthy editorial that first appeared Wednesday in the party flagship People’s Daily and was reprinted in other papers on Thursday.

China claims Tibet has been part of its territory for seven centuries, but many Tibetans say they were effectively independent for most of that time. Communist forces occupied the region in 1951 following victory in the Chinese civil war.

Buddhist clergy objects particularly to demands to take part in patriotic education activities to enforce loyalty to the Communist Party, complaining that they waste time and resources from their religious studies.

Those activities and other restrictions were intensified after the 2008 riots in Tibet’s capital Lhasa sparked widespread protests across Tibetan areas. Troops were stationed in monasteries and monks and nuns deemed politically suspect were forced out.

Tibetan sets self on fire to protest China – reports