Tibetan sets self on fire to protest China – reports 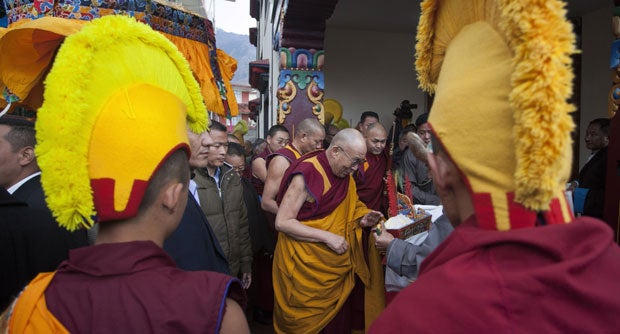 BEIJING – A Tibetan monk in southwestern China has set himself on fire to protest against a 2008 crackdown, overseas groups said, adding to a string of self-immolation protests in recent years.

Both said the road is so called because several such incidents have occurred there.

Police soon arrived, put out the fire and took Palden away, and his condition was not currently known, both organizations said, adding that security in the area had been tightened.

Free Tibet said Palden was in his 20s while RFA said he was 20.

RFA also said another monk set himself on fire on Sunday in the northwestern province of Qinghai, citing exiled Tibetans in India.

At least 120 Tibetans in China have set themselves alight since 2009, both organizations reported.

March 10 is a sensitive day for Tibetans – who have concentrations in Qinghai and Sichuan as well as Tibet proper  – as it marks the anniversary of their spiritual leader the Dalai Lama fleeing China in 1959 following a failed uprising.

In March 2008 deadly riots erupted in the Tibetan capital of Lhasa and spread to other areas.

Palden sought to mark the anniversary of a March 16, 2008 crackdown by Aba police who fired into a crowd, killing several people, both sources said.

Beijing accuses the Dalai Lama of encouraging self-immolations to further a separatist agenda.

The Dalai Lama, a Nobel Peace laureate who lives in India, has described the self-immolations as acts of desperation that he is powerless to stop.

Rights groups call the protests a reaction to Beijing’s tight control on Tibetans’ rights, including exercise of religion.