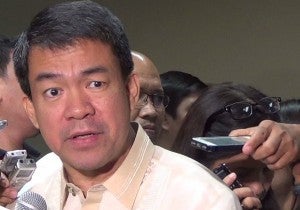 Hugo was only 20 years old when he was gunned down by assassins reportedly sanctioned by elements in the government of then-President and now-Pampanga Representative Gloria Macapagal-Arroyo.

Pimentel, chair of the Senate committee on justice and human rights, asked the PNP why Hugo’s killers and their conspirators who reportedly belonged to a rightist’s group in the military remained at large.

“Unless justice is done, killing political activists in the country would be like an albatross that will weigh down the positive achievements of the present administration,” the senator said in a statement.

Pimentel urged the PNP to intensify its drive to arrest Hugo’s killers, whom reports have identified as members of paramilitary or vigilante groups.

At the height of the extrajudicial killings launched nationwide against activists during Arroyo’s term, several militants were killed in a two years.

Pimentel said he would maintain a database in his office of all unsolved killings and “move to make the crime of murder imprescriptible so that killers can be brought to justice anytime a killing is solved by the police.”

Man continues to grieve over activist son killed in 2006