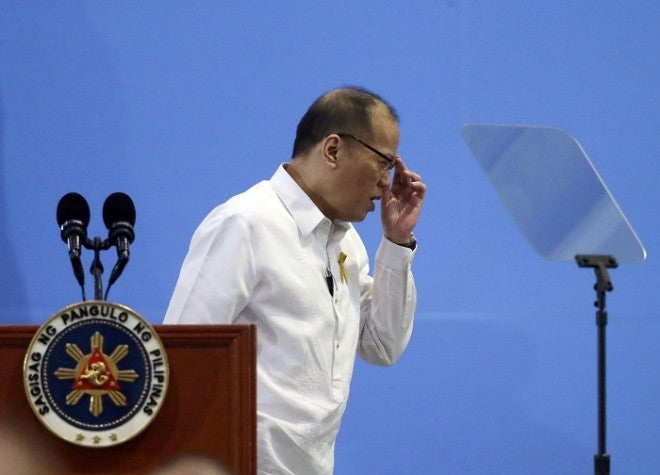 Public satisfaction on the administration of President Benigno Aquino III has reached its lowest point so far, the results of the latest Social Weather Stations (SWS) survey showed.

The survey, which was conducted from March 20 to 23 this year with 1,200 respondents, revealed that Aquino obtained a net satisfaction rating of a “moderate” +11 (those satisfied minus unsatisfied), from “good” +39 from December 2014.

Public satisfaction on the Aquino administration dropped 35 points from +47 rating it obtained from the same period last year.

The survey also showed that Aquino’s satisfaction rating plunged in all geographic areas and all socioeconomic classes.

The President’s satisfaction rating in the Visayas remained under the “good” territory but dropped 12 points (from +42 to +30).

However, despite the huge drop on the President’s satisfaction rating, only 32 percent of respondents support calls for Aquino’s resignation. The survey said that 50 percent conveyed their support to the administration while 18 percent are undecided on the issue.

The survey was conducted almost two months following the bloody counterterrorist raid in Mamasapano, Maguindano, which killed at least 67 people, including five civilians.