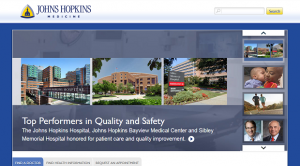 BALTIMORE — More than 750 plaintiffs are suing the Johns Hopkins Hospital System Corp. over its role in a series of medical experiments in Guatemala in the 1940s and 1950s during which subjects were infected with venereal diseases.

The lawsuit in Baltimore seeks $1 billion in damages for individuals, spouses and children of people infected with syphilis, gonorrhea and other sexually transmitted diseases through a U.S. government program between 1945 and 1956.

The suit claims Johns Hopkins officials had “substantial influence” over the studies, controlling some advisory panels, and were involved in planning and authorizing the experiments.

An attorney for Hopkins calls the suit “baseless.”

It’s the latest in a series of lawsuits over the studies.

A federal judge in 2012 dismissed a lawsuit against the U.S. government involving the same study.