US asked to help citizen tagged as reb backer 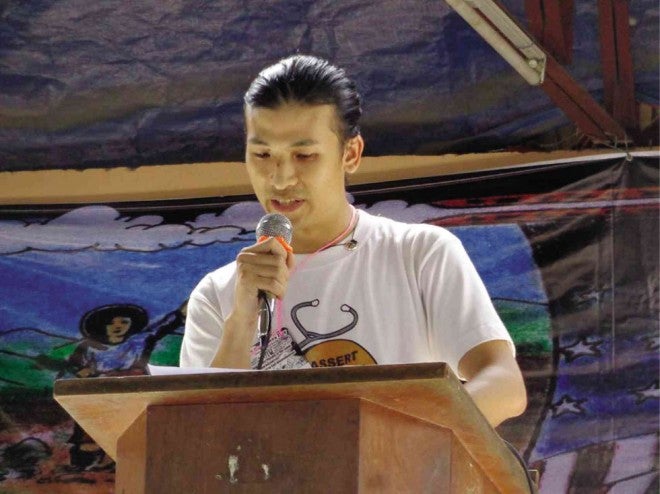 BRANDON Lee, a US citizen that militant groups said is being branded as a communist rebel sympathizer because of his work with an Ifugao group PHOTO FROM FACEBOOK

BAGUIO CITY – A left-leaning organization has asked the US government, through its embassy in Manila, to protect one of its citizens, whose association with an Ifugao community group has allegedly made him a target for “surveillance, vilification and harassment by the government.”

The Bagong Alyansang Makabayan (Bayan) said the US government needs to protect Chinese-American Brandon Lee, who married a Filipina and raised a family in Ifugao province, where he works with the Ifugao Peasant Movement (IPM).

Lee is among IPM members and Ifugao human rights workers being accused of supporting the New People’s Army (NPA), the armed wing of the Communist Party of the Philippines, Bayan USA chair Bernadette Ellorin said in a statement.

Citing leaflets being circulated in the Cordillera, Ellorin said: “One of the targets on the recent vilification and harassment campaign…is Lee, one of our community organizers in Bayan USA originally from the Northern California region. We cannot be silent, and we demand an end to the harassment and threats to life and for [the administration] to stop targeting innocent civilians and unarmed organizations.”

The leaflets also identified some IPM members and staff workers, village officials and local people’s organizations in the Ifugao towns of Lagawe and Tinoc as suspected NPA members or supporters.

“Cases like these and that of Melissa Roxas, another US citizen and member of Bayan USA who was abducted and tortured allegedly by government soldiers and eventually released in 2009, remind us that the Philippine government is still corrupt, repressive, malicious, and operates with a level of impunity acknowledged by the United Nations Human Rights Council,” Ellorin said.