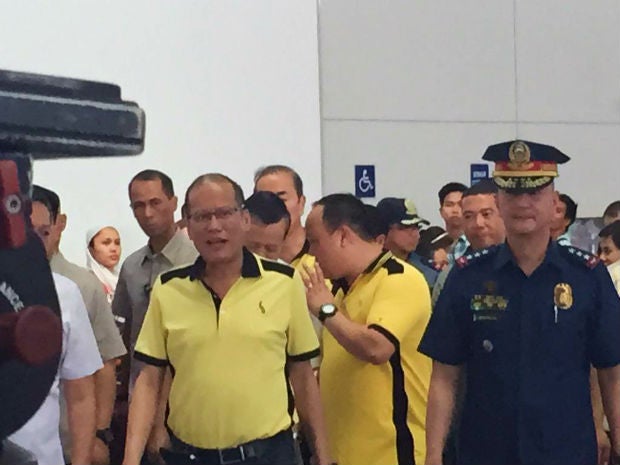 Aquino personally visited the Batangas Port in Calicanto, Batangas City with Governor Vilma Santos-Recto before heading back to Metro Manila.

READ: Aquino to stay in Manila to monitor ‘Maysak’

As part of his annual inspection, Aquino checked the help desks, the check-in counters and the x-ray machine near gate 2.

He will also be accompanied by Honrado to Terminal 1, which is undergoing renovation.

Terminal 1 has long been criticized as among the worst airports in the world because of its poor facilities.

In an interview with the Philippine Daily Inquirer last week, Honrado said the repairs and renovations at Terminal 1 were 85 percent complete.

Aquino will also visit the Jam Liner Bus Terminal in Quezon City later in the afternoon.