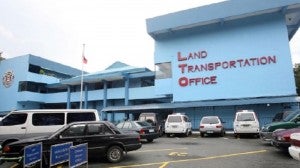 MANILA, Philippines–The Court of Appeals has reversed the decision of the Quezon City Regional Trial Court (QCRTC) allowing the accounting of the P1-billion fund released by the Land Transportation Office to its information technology provider Stradcom Corporation.

In a 17-page decision written by Associate Justice Francisco Acosta, the appeals court’s Special Sixth Division granted the petition filed by the group of Cezar Quiambao which seeks to reverse the order to inspect issued by QCRTC Branch 93 Judge Arthur Malabaguio.

Judge Malabaguio in his order allowed the group of Bonifacio Sumbilla to inspect Stradcom’s bank accounts, corporate books and other records to account for the P1 billion released to Quiambao’s group.

The groups of Quiambao and Sumbilla are fighting over the control of Stradcom and are still locked in an interpleader case filed by the government to settle the ownership issue.

An interpleader is a civil suit that allows a person to initiate a case in order to compel two or more other parties to litigate a dispute. It is an action where a person holds a property on behalf of another but does not know to whom the property should be transferred.

In the interpleader case filed by the government, it noted that officers and personnel of LTO are at a loss on who to recognize as the owner of Stradcom.

The appeals court, in its ruling said Sumbilla’s group has yet to prove it has right over Stradcom.

According to the appeals court, the authority to inspect the corporation’s books and records including the list of all banks, financial institutions, persons and entities that it transacted with, only belongs to a stockholder.

“As such we cannot just give license to the said group to sail in such fishing expedition allowed by the Rules without giving us an iota of evidence that, indeed, they also have legitimate interests over Stradcom,” the appeals court said.

On the other hand, the CA affirmed the ruling of Judge Malabaguio denying Sumbilla’s group motion for production of documents, which it claimed were necessary to prove its interest over Stradcom.

The appeals court pointed out that the documents that the Sumbilla group wants belong to four separate corporations.

It is considered a “blanket inspection” which, the appeals court said is not allowed under Rule 27 of the Rules of Court which permits “fishing” for evidence.

“Indeed a motion for production and inspection of documents should not demand a roving inspection of promiscuous mass of documents. The inspection should be limited to those documents designated with sufficient particularity in the motion, such that the adverse party, can easily identify the documents it is required to produce,” the appeals court said.