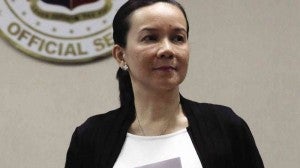 The Senate report was signed by 20 senators though many of them said they might amend it when they tackle it in the plenary in May.

Contrary to the Senate report, the MILF’s investigation said their men were “justified in fighting back” against the SAF lawmen whom they accused of opening fire first.

“The committee stands by its report,” she said in a statement on Wednesday.

“However, as I announced previously, amendments may be proposed and considered when we resume session in May,” Poe said.

The joint committees she was referring to were those on public order, peace, unification and reconciliation, and finance that conducted an investigation on the Mamasapano incident.

“This may be because we had access to different sets of witnesses or we have a different appreciation of facts,” she said.

“What is important is that all of us continue on our pursuit of the truth and not to waver on our quest for genuine peace in Mindanao.”

Given the differing findings of fact, the senator said, “It is more imperative for the DOJ (Department of Justice) to expedite and finish its investigation, identify the culpable individuals and prosecute them accordingly.”

“And if indeed it is a violation of the ceasefire, why complain only against the SAF… especially given that the President himself approved the operation,” he further said.