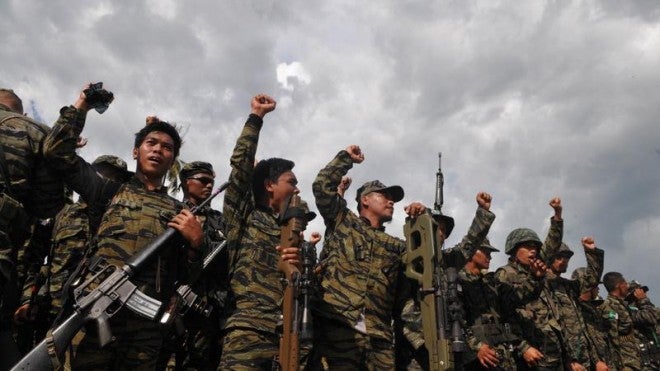 Major Carlos Sol, head of the CCCH secretariat, confirmed that they have received the report of the Army’s 2nd Mechanized Infantry Brigade, on the alleged training camp in Rogongon here.

“We are currently conducting validation procedures,” Sol said in a media statement.

But he corrected an earlier military report that the MILF’s 105th Base Command operates here.

Sol said 105th Base Command is in Maguindanao and the 103rd Base Command actually operates in the Lanao area.

Col. Gilbert Gapay, commander of the 2nd Mechanized Infantry Brigade, told reporters they were after the dismantling of the camp.

He said based on the complaint lodged at the Sangguniang Panlungsod, at least 85 Higaonon members and Maranaos from Bukidnon had trained in the facility last year. Ninety other persons had been recruited in January.