Bicol-grown ‘pili’ has the fragrance world over a barrel 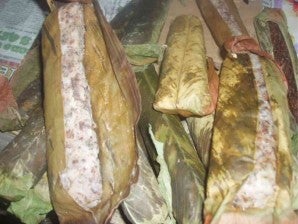 WHAT DO Chanel, Gucci, Dior, Donna Karan, Ralph Lauren and Marc Jacobs have in common? The answer is closer than most Filipinos realize.

In fact, Filipinos don’t need to look far for an exotic perfume or organic beauty product. It may be in the resinous gum of “pili,” a local tree that has become a symbol of Bicolandia.

The product advertisement reads: “At the heart of the Pacific Ocean, the island of Luzon holds the secrets of a tree with moisturizing properties: the Manila elemi.”

It sounds exotic, especially for those not familiar with the tree. But it grows naturally and is cultivated in most provinces of Bicol.

The pili tree is a sturdy tropical tree that grows abundantly in the region, whose climate is characterized by no distinct dry season with rainfall throughout the year. A cousin of frankincense, the pili tree also belongs to the Burseraceae family of oleoresin-producing trees.

Manila elemi is the trade name for the soft, fragrant exudates obtained from the trunk of the Canarium tree species which includes pili. It is mainly used by the fragrance industry after distillation of its essential oils, the Philippine Council for Agriculture Forestry and Natural Resources Research and Development says.

In Gubat town in Sorsogon, anyone can buy from the market rolls of “pulot,” as the resin are locally called, wrapped in leaves that resemble “suman,” for only P10 to P20. These are used by the locals to fire up their rural kitchen stoves.

Only in the Philippines

The Food and Agriculture Organization, in its Corporate Document Repository titled “Gums Resins, and Latexes of Plant Origin,” lists the Philippines as the only source of internationally traded elemi.

In the essential oil world map adapted by the International Federation of Essential Oils and Aroma Trades, the Philippines is also listed as the sole source of the resin.

The country exports Manila elemi resin in raw form in cases with inner plastic bags graded depending on the quality of the gum resin. Generally, the softer, whiter and cleaner, the more premium is the grade.

In the world’s perfume industry, the pale yellow Manila elemi oil is often used as middle note because of its medium aroma strength that blends well with lavender, rosemary, frankincense, sage, myrrh, patchouli, vetiver and other international fragrances.

Its aromatic scent can be described as fennel and dill-like with citrus and woody notes.

“It is surprisingly fresh and clean though, and not as tart as one would expect,” as described by Aroma-Pure, an international elemi oil supplier.

“The low volatility of Manila elemi oil distillate and its high tenacity in water make it a suitable component of water-based air fresheners and related products,” says Irma Palanginan, senior researcher of the Department of Science and Technology’s Forest Products Research and Development Institute (DOST-FPRDI).

According to Steven D. Garcia, agribusiness section chief of the Office of the Provincial Agriculturist in Sorsogon, a representative of Chanel has already inquired about the capacity of Bicol to continuously supply the resin.

Unfortunately, the regional office cannot quote a volume. The present state of the Manila elemi resin production is not yet as developed as compared to the pili nut confectionery industry where more than 256 entrepreneurs are involved in the region.

Garcia emphasizes that all pili trees in Sorsogon are organic. In fact, there are only three private pili orchards in the province; the rest are wild pili plantations dispersed by animals which feed on the pili fruits.

Sorsogon has the largest land area planted to pili (669 hectares). 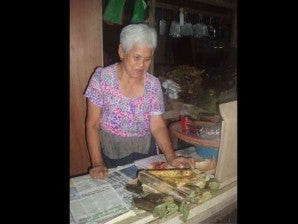 Only one barangay has a long-running enterprise on Manila elemi resin production and trading with the backing of a private company, Philippine Gum Resources Inc., the leading exporter of Manila elemi resin to France, Garcia says.

Barangay Manapao in Gubat produces 900-1,000 kilograms per month, but the company needs around 10 tons of pili resin a month.

The experience of Manapao of more than a decade of strong pili resin enterprise will teach neighboring villages that pili resin is a sustainable and dependable source of livelihood, according to spouses Nelson and Elvie Hubilla, producer and consolidator, respectively, of pili resin in Manapao.

The couple proudly says they are able to send their children to college from income derived from the pulot.

As the worldwide trend for natural products intensifies, demand for the Manila elemi resin is expected to pick up in the global market.

In 2003, 361,386 kg of the resin valued at $528,336 was exported to France, Germany, Japan, Spain, Switzerland and the United States, the Philippine Forestry Statistics showed.

It also has cosmetic and therapeutic qualities and is used in aromatherapy treatment and skin care products, such as the new Chanel product.

The scent from Manila elemi oil evokes a feeling of peace and lifts the spirit, according to some online reviews.

Not surprising, the name elemi originated from a name of an African tribal god which means “keeper of the spirit.”

One group of farmers from Sorsogon, realizing the potential of the local raw materials as source of perfumery essential oils, is currently applying for a cooperative venture, the Nature Fragrance Source Producers Cooperative.

They want to produce and utilize indigenous aromatic plants resources, such as pili, “kadlum” (patchouli), “moras” (vetiver) and “kasmir” (citronella), says Joeriz P. Olbes, enterprise specialist of Sorsogon City and the coordinator of the project.

Even without tapping, the pili tree naturally exudes its resin from its bark and roots and is often wasted and unutilized. By proper collection of resin, growers can earn around P14,000 from tapping 76 trees in only two tappings per tree, as recorded by the technology generation project of Sorsogon conducted by wood anatomist Dr. Arsenio Ella of the FPRDI in 2007.

At the current price at P70 per kg of pili resin, earnings could be more than doubled should his technique be utilized.

In an e-mail, Ella says, “I love pili very much, a typical Bicolano. Perhaps that’s one of the reasons why I dislike to cease working on Canarium species.”