Palace: No talk of Cabinet revamp 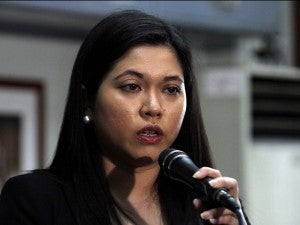 “On the revamp…he (President Benigno Aquino III) has not mentioned anything,” Deputy Presidential Spokesperson Abigail Valte said of her meeting with the President.

The congressman said Cabinet members could also file their courtesy resignation to give Aquino a fresh start amid his falling trust and approval ratings.

Valte, on the other hand, said, “I will leave it to the concerned Cabinet officials to respond to Congressman Egay on his call for them to file courtesy resignation.”

The undersecretary also pointed out that Aquino “does not govern by the surveys alone,” echoing earlier statements from Malacañang on the ratings slump.