Aquino responsible for Mamasapano but has yet to consider apology – Malacañang 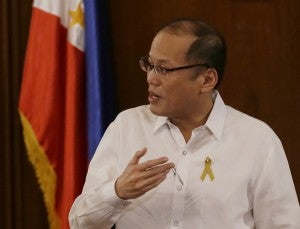 MANILA, Philippines – Malacañang on Wednesday said that while President Benigno Aquino III has taken responsibility for the Mamasapano debacle it does not necessarily mean that he will apologize for it.

“We had discussions with him yesterday but none touching on the call for him to issue an apology over it,” Deputy Presidential Spokesperson Abigail Valte told Palace reporters when asked about calls for Aquino to give a public apology.

“Why is it so difficult for him to say sorry about that?” Ramos told reporters on Wednesday. “Saying I’m sorry humbly and sincerely would do 90 percent of the job but hurt has gone deeper.”

Read Next
NATO allies come to grips with Russia’s deceptive ‘hybrid warfare’
EDITORS' PICK
The Best Tech Gifts For The 2022 Holidays
EDITORIAL: To a bike-friendly future
Is it safe to talk politics again at family gatherings? ‘The Reconciliation Dinner’ shows us what that’s like
vivo’s coming to town to grant wishes with more holiday promos
Pagasa: Warm, sunny Sunday in most parts of PH
House energy committee chair Arroyo bats for cheap electricity
MOST READ
LOOK: Vhong Navarro transferred to BJMP detention facility in Taguig
The Elephant Man in the Senate
Posh village as ‘shabu’ haven
LOOK: Zanjoe Marudo bonds with Ria Atayde, her family
Don't miss out on the latest news and information.