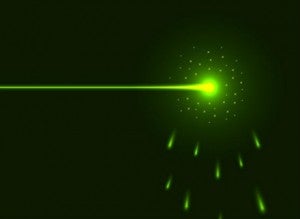 NEW YORK, United States – A second New York man in a week was arrested and charged Monday with pointing a laser at aircraft near the city’s busy LaGuardia airport, prosecutors said.

Elehecer Balaguer, 54, appeared before a Manhattan magistrate and was charged with one count of aiming a laser pointer at an aircraft, which carries a maximum sentence of five years in prison.

US prosecutors say three commercial pilots landing or taking off from LaGuardia on March 9 were hit with a bright green beam, causing them to lose focus temporarily and in two instances briefly blinding them.

In response, an air traffic controller temporarily changed the runway directions for all planes arriving and departing from LaGuardia that evening to avoid the laser beam.

The green beam appeared to originate from the Bronx, where that evening police flew over in a helicopter and also temporarily lost sight when the beam was directed into their cockpit.

Officers recovered the laser pointer from on top of a fridge in a second floor apartment in the Bronx but Balaguer denied at the time knowing who aimed the laser at the planes.

US prosecutors said he subsequently admitted to shining the beam at an airplane and to lying to New York police.

On Wednesday, prosecutors said Frank Egan, 36, was arrested at his home in the Bronx on March 9 in the general vicinity where investigators believe a laser was beamed from.

The FBI says lasers annoy airline pilots on a recurring basis in the New York area, which is also serviced by John F. Kennedy International and Newark in New Jersey.

Lasers can temporarily impair a pilot’s vision — and sometimes can damage their eyes — if pointed at aircraft.

Manhattan Attorney Preet Bharara said it was “potentially disastrous” given that planes can carry hundreds of people.

“These actions had dire consequences that could have been worse yet, including impairing and damaging the vision of pilots with the possibility of creating real danger to the aircraft,” he said.

According to the criminal complaint for Egan, a pilot for Air Canada and two helicopter pilots had to receive hospital treatment for eye damage.

The New York area recorded 71 laser incidents last year, down from 99 in 2013, a spokesman for the FBI said last week.

Read Next
Prince Harry to quit British army after 10 years
EDITORS' PICK
In Borongan, nuns play hoops (not mahjong)
PH resumes talks with China on Chinese-funded transport projects
Powered by style, innovation and passion
Why Tagle is a leading papal contender
House energy committee chair Arroyo bats for cheap electricity
A laptop that maximizes your WiFi so you can maximize your productivity
MOST READ
Imee Marcos bares illegal importation of white onions
Why Tagle is a leading papal contender
SRA officials should resign after ‘illegal sugar order’ – Zubiri
My neighbor FVR: From soldier to president
Don't miss out on the latest news and information.