BAGUIO CITY—Just how easy can anyone access a Baguio government warehouse and get election ballots, which were supposedly used to manufacture evidence of automated poll fraud in 2013? 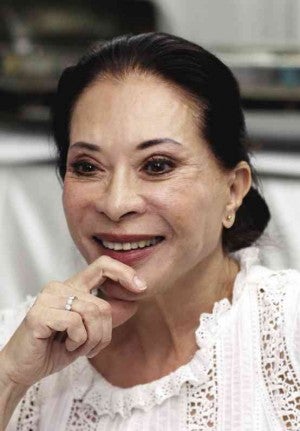 Breaking into the facility would have been a formidable task, said city treasurer Alicia Onoza, who declared on Monday that the 2013 election ballots under her custody were intact.

Worthy Acosta, a defeated candidate for Bataan provincial board in the 2013 elections, has accused Cojuangco of ordering the theft of Baguio ballots, allegedly with the help of former Baguio Rep. Bernardo Vergara and his employee, to build a case against poll automation.

Acosta, who identified himself as Cojuangco’s former executive secretary, said he placed the ballots in his backpack, and later altered them to suggest that the Baguio votes were rigged to benefit winning Baguio Rep. Nicasio Aliping Jr.

Onoza said she held the keys to the city government warehouse located in a village near City Hall, which was secured by guards who also monitored the city’s motor pool.

“It is impossible for anyone to just get in. The ballots are secured. The last time [the ballot boxes] were opened [was] when teachers [who oversaw the 2013 elections] counterchecked the contents before the start of the elections in May that year,” she said.

She said she was confident no unauthorized persons entered the warehouse before or at the conclusion of the elections.

“I can’t speak for the Baguio government. I was a former Baguio election officer and I can say that protocols make it difficult [to access government facilities that store ballot boxes]. Assuming they do, [thieves] would need to break open the ballot boxes to retrieve ballots because of the seals the Comelec installs on these election boxes,” Torres said on March 7, shortly after learning about Acosta’s complaint.

Vergara, who lost to Aliping, said neither he nor Balanag had taken part in the supposed theft. He said they were involved only in an anti-poll fraud forum at a local college in August 2013.

In Tacloban City, former Biliran Rep. Glenn Chong said he was talking with his lawyers to prepare libel charges against Acosta, who accused him of tampering with ballots in the 2013 elections.

Chong, who served as the lone representative of the island-province of Biliran from 2007 to 2010, denied that he was involved in any ballot tampering.

“I categorically deny that I ordered him (Acosta) to tamper with the ballots. That is an [outright] lie,” Chong said.

Chong also dismissed Acosta’s claim that he wanted to steal ballots at the treasurer’s office in the island town of Maripipi. Chong ran but lost to incumbent Rep. Rogelio Espina. Chong said he lost due to cheating, despite the election being conducted electronically using the precinct count optical scan machines.

He, however, admitted to have known Acosta through Cojuangco. Chong and Cojuangco are part of the National Transformation Council (NTC), which is calling for the resignation of President Aquino.

“This is part of a demolition job. I can look directly in the eye of everyone [and tell him or her] that I never committed any tampering of ballots,” said Chong, spokesperson for the NTC. Reports from Vincent Cabreza and Kimberlie Quitasol, Inquirer Northern Luzon, and Joey Gabieta, Inquirer Visayas

Read Next
Gov’t trucks delivered rotting rice in gym
EDITORS' PICK
97 areas in PH under Alert Level 4 — DOH
COVID-19 cases may peak by October — DOH
Watch live performances by ITZY, Mamamoo and other K-pop stars on Smart’s GigaPlay App
An innovative, fun shopping experience AllDay
Welcome the next imagery master with vivo X70 co-engineered with Zeiss
A tribe under threat: Dumagat vs dams
MOST READ
Roque not surprised by opposition to ILC nomination: They do not wish anyone to succeed
Son of prominent businessman nabbed in La Union for cocaine possession
Declaration of Pacquiao as PDP-Laban presidential bet illegal — Cusi wing
Drilon wants income tax records of Pharmally execs with luxury cars
Don't miss out on the latest news and information.