PNP probers not keen on getting Aquino’s affidavit on Mamasapano 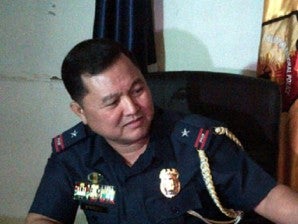 MANILA, Philippines – The Philippine National Police board of inquiry (BOI) looking into the  Mamasapano operation doesn’t seem to have any plans to get President Benigno Aquino III to submit his affidavit on the clash that ended in tragedy for the Special Action Force.

This became apparent on Tuesday, as the PNP spokesperson, Chief Supt. Generoso Cerbo, quoted the BOI as saying they “can proceed with the pre-investigation they’re doing, and finalize their report, even without the statement” of President Aquino.

“[The BOI] didn’t emphasize they needed it,” Cerbo said, quoting the BOI head, Director Benjamin Magalong, the chief of the Criminal Investigation and Detection Group.

Cerbo pointed out that the BOI could just use the President’s speeches regarding the Mamasapano operation in its report.

“That’s not hearsay. That really came from the President,” Cerbo said. “Is the word of the President, addressed to the public, not enough?”

Mr. Aquino is also being criticized for coordinating the operation with then suspended PNP Director General Alan Purisima.

In a speech on Monday, Mr. Aquino pinned the blame on SAF Director Getulio Napeñas, who has been sacked as SAF commander. The President accused Napeñas of “fooling” him into thinking he had followed his instruction to coordinate with the military about the covert operation, and about the dire situation on the ground.

The BOI sought to interview the President about the Mamasapano operation but had not received feedback from him as of Tuesday, two days before it was set to release its report. The original deadline for the report’s submission was on Monday, but then the BOI asked for a 72-hour extension.

Cerbo downplayed the significance of the President’s affidavit.

“It is good if we have [the President’s] affidavit, but it’s already clear from [Magalong’s] earlier statements that [the BOI] has enough information. From what they have, it is already clear what happened in Mamasapano. They have already talked to more than 400 resource persons,” Cerbo pointed out.

Cerbo also pointed out that the President’s participation in the planning could be pieced together using Purisima’s submitted statement to the BOI.

“The President never hid the coordination between Purisima and him. He didn’t hide the interaction, the SMS exchanges. That was laid out in the investigation,” Cerbo said.

Cerbo denied that the BOI was being swayed by Mr. Aquino’s “influence,” hence, the delay. “Magalong said he was asking for it because he is after the quality of the report. He’s putting a premium on completeness, and giving a report that will answer all questions,” Cerbo said.

Cerbo also assured the public of Magalong’s “conviction to reveal what happened in the Mamasapano clash.”

“[Magalong] will not risk his service reputation, his integrity, and the name of his organization… because of undue pressure. He will stand for what he believes to be right,” Cerbo said.