No 2015 Israel Prize for literature after judges resigned 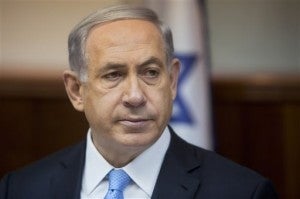 JERUSALEM — Israel’s most prestigious prize for literature will not be awarded for 2015 after several judges resigned amid allegations that Prime Minister Benjamin Netanyahu meddled in the selection process.

Israeli media reported on Tuesday that the judges for Israel Prize resigned in protest after a recent posting on Netanyahu’s Facebook page that claimed the committee is controlled by judges with “extremist views” on the far left.

Netanyahu also said the panel needs to reflect the wider public. The prime minister has since been instructed by the attorney general not to “intervene” in the prize.

Netanyahu’s remarks may have been an attempt to appeal to far-right voters ahead of s March 17 parliamentary elections.

The government announced Monday there would be no award for 2015.