UN Security Council to meet on ‘persecution’ of Mideast Christians 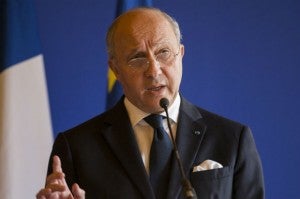 RABAT, Morocco – The UN Security Council is to meet on March 27 to oppose the growing persecution of Christians in the Middle East, French Foreign Minister Laurent Fabius said Monday.

“We are on the side of the persecuted minorities,” Fabius, whose country currently presides over the Security Council, told a press conference in the Moroccan capital.

He said the March 27 meeting, which he would himself chair, would demonstrate an international will not to accept atrocities committed by jihadists who “deny that minorities have the right to exist”.

In an interview with BFM TV, Fabius said it was “completely unacceptable what has been done to these minorities”.

Referring to the Islamic State group by an acronym in Arabic, he said: “Daesh and terrorists who are with them simply want to eradicate, physically remove, guillotine anyone who doesn’t think like them.”

In Syria, IS kidnapped some 220 Assyrian Christians last month, prompting 5,000 people to flee the countryside in fear of the jihadist advance.

IS militants have also attacked Christians in neighboring Iraq, where it seized swathes of territory in a lightning June offensive last year.

Prince Charles says he fears for Christians in Middle East