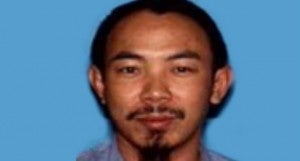 It was the right-hand man of Zulkifli bin Hir, alias “Marwan,” who gave him away, according to a Catholic priest who has knowledge of the Special Action Force (SAF) operation against the Jemaah Islamiyah terrorist in Mamasapano, Maguindanao province, on Jan. 25.

But Marwan’s aide did not live to collect the $6-million reward offered by the United States for the capture of one of Southeast Asia’s deadliest terrorists.

Marwan shot and killed him before he himself was shot dead by the SAF commandos in his hut in the middle of a cornfield in Tukanalipao village in Mamasapano, Fr. Eliseo Mercado, OMI, said.

“He was one of those immediately killed in the house of Marwan,” Mercado said in an interview in Tagaytay City, quoting his sources in the government and the Moro rebel movement.

When he was president of Notre Dame University in Cotabato City from 1992 to 2002, Mercado was drawn into the peace process in Mindanao. He was also involved in interreligious dialogue and cooperation between Christians and Muslims.

Mercado did not identify Marwan’s aide, who he said became an asset of the SAF and the contact of US security forces.

According to Mercado, the aide had been staying with Marwan for some time and was with the bomber minutes before the SAF commandos barged into the hut at past 2 a.m. on Jan. 25.

“He was with Marwan to make sure that Marwan was in the house, because the house of Marwan was already being monitored the night before,” Mercado said.

At 2 a.m., the aide went out, presumably to meet with the assault team from the 84th SAF Seaborne Company headed by Supt. Raymond Train and led the commandos to the hut, where they found Marwan, who was awake, he said.

“Marwan [became suspicious] of his aide. Why was he going out early in the morning? And he was waiting for the return of the aide. When he came back with the SAF, Marwan was awake and he was able to shoot the informant,” he said.

Sen. Grace Poe, chair of the committee on public order that led the Senate investigation into the Mamasapano clash, confirmed that resource persons gave the identity of the informant during the closed-door sessions.

“It will be stated in our committee report,” she said in a text message, without giving details.

The commandos shot and killed Marwan, cut off his right index finger, and sent the terse text “Mike One, Bingo” to Director Getulio Napeñas, then the SAF commander, to inform him of the success of the mission.

Marwan’s bodyguards staying with his Filipino deputy, Basit Usman, in another hut 30 to 40 meters away had been roused by the gunfire, Mercado said.

As they were exiting Marwan’s hut, the commandos came under fire from his bodyguards and Usman, who later escaped, he said.

“As they were getting out, lo and behold, the bodyguards of Marwan were waiting for them. That was the second firefight between Marwan’s group and the SAF,” he said.

Forty-four SAF troopers, 18 rebels and five civilians were killed in the clash.

Sources said Marwan trained his aide in explosives before the man was arrested for a bombing.

While in jail, he became an asset of the SAF. Then he went back to Marwan.

Marwan’s finger was given to US security forces who kept tabs on the mission to capture him, Mercado told the Inquirer.

Quoting sources in the government, Mercado said two members of the US military monitored the operation with Napeñas at the SAF tactical command post in Shariff Aguak town, Maguindanao.

The two Americans and Napeñas followed the operation from the departure of the 392 SAF commandos on the night of Jan. 24 to the raid on Marwan’s hideout in Mamasapano early on Jan. 25, Mercado said.

The three stayed long at the command post to monitor the gun battle between the SAF commandos and the Moro rebels, he said.

They monitored the fighting through “drone feed,” he said.

A drone that hovered over Mamasapano during the firefight was caught on cell-phone camera by a member of the assault team. It was believed to have originated from the US drone center in Zamboanga City.

In the afternoon of that Sunday, four more members of the US military arrived in a helicopter at the command post to check the bodies of slain troopers and the wounded, Mercado said.

“It was given to them,” Mercado said, referring to Marwan’s finger. “[T]hey carried it onto the helicopter, all six of them.”

The six Americans flew out of the SAF command post on the night of Jan. 25, bringing with them Marwan’s finger and their equipment, Mercado said.

“All of them evacuated. There were no traces anymore. The helicopter was there to obliterate any trace of the Americans. The main purpose was to extricate their personnel. Napeñas never mentioned that,” he said, referring to the testimonies at the Senate of Napeñas.

Napeñas did not coordinate “Oplan Exodus”—the operation to take down Marwan and Usman—with the military or with the PNP officer in charge, Deputy Director General Leonardo Espina, until after the mission had been launched.

Widespread public anger over the deaths of the 44 SAF commandos has delayed the passage of the proposed Bangsamoro Basic Law (BBL), which would establish a new and bigger autonomous region for Muslims in Mindanao.

Passage of the proposed Bangsamoro charter had been planned for this month, but discussions in the Senate and the House of Representatives were suspended to give way to inquiries into the Mamasapano clash.

Now Congress is looking to pass the BBL by the close of the regular session in June, leaving a shorter transition period before the new Bangsamoro officials are elected in May 2016.

Proof of US role

The presence of the Americans at the SAF command post could be proof of direct US involvement in the operation, said Mercado, a faculty member of the Graduate School of Notre Dame University in Cotabato City, teaching peace and development studies.

“The Americans provided intelligence, network and use of drone, as well as information on the whereabouts of Marwan and [Usman],” he said, citing government sources.

Besides cutting off Marwan’s finger for DNA tests, the commandos also hastily took pictures of the body as the gunfire had roused the terrorist’s bodyguards, Mercado said.

The Federal Bureau of Investigation (FBI) confirmed that lab tests on the sample provided by the Philippine government matched DNA from Marwan’s brother Rahmat bin Hir, who is detained in the United States.

Poe confirmed that the matter of who received Marwan’s finger was tackled during the executive sessions.

“That was discussed. As to who handled and what was done with it will be in our committee report,” she said in a text message. “I cannot confirm also who discussed it with us in our executive session.”

The Senate committees on public order, peace and finance wrapped up the inquiry after five hearings.

Police officials requested closed-door sessions when asked whether Marwan’s finger was turned over to the FBI.

The Americans trained personnel of the 84th SAF Company at La Vista del Mar Resort in Zamboanga, where the operation was planned, the same source said.

Napeñas acknowledged the US military’s role in intelligence gathering, training of forces, use of equipment and monitoring of the operation.

He confirmed that there were US counterparts at the tactical command post who were monitoring the situation, and that the US military sent in aircraft to airlift the wounded SAF troopers the next day. He denied the United States played a role in the actual operation.

Foreign Secretary Albert del Rosario said the United States was not involved in the counterterrorism operation in Mamasapano.

US Embassy denies US soldier was killed in Mamasapano clash

Read Next
Fire breaks out near SM Fairview
EDITORS' PICK
Gilas out to prove Korea win not a fluke; Tab fires back at ‘lucky shot’ remark
Smart brings KCON:TACT especially 4U to subscribers from June 19 to 27
Smart celebrates all kinds of ‘#SimplyLove’ for Pride Month
SWS: Over 12M Filipinos still jobless as of May 2021
WATCH: INQside Look with Fil-Am actress Aina Dumlao
Behind Terance Mann’s 39, Clippers oust Jazz in Game 6
MOST READ
William Martinez sometimes feels his kids ‘don’t remember’ him anymore
Chavit Singson joins Nationalist People’s Coalition
ICC case vs Duterte may take 3 months in pretrial body
Behind Terance Mann’s 39, Clippers oust Jazz in Game 6
Don't miss out on the latest news and information.