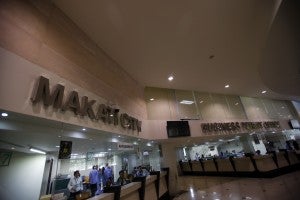 The Ombudsman is set to start its preliminary investigation against Vice President Jejomar Binay, his son Makati Mayor Junjun Binay and 22 others for malversation, falsification, graft and violation of the procurement law in connection with the allegedly overpriced Makati City Hall Parking Building.

This after the Ombudsman Special Panel of Investigators filed Thursday its complaint against the respondents for the alleged overpricing of the parking building which started construction in 2007 when Vice President Binay was mayor.

The filing of the complaint after months of case build-up and evidence gathering by Ombudsman field investigators paves the way for a preliminary investigation which precedes the finding of probable cause and subsequent indictment.

According to the Ombudsman, the preliminary investigation will look into the alleged irregularities in the procurement and award for the design and architectural services as well as the construction of the parking building built along F. Zobel street.

The complaint said the respondents awarded the P11.9 million contract for the design and architectural services to MANA Architecture and Interior Design Company without public bidding.

The first two phases of the construction of the building also proceeded without a detailed engineering plan, contrary to procurement rules, the complaint said.

In a statement, Vice President Binay’s spokesperson Rico Quicho brushed off the charges as “frivolous” and having “no basis in fact and law.”

He also said the complaint against the Vice President, who has expressed his intent to run for the presidency in 2016, was politically driven.

“This is again a glimpse of how desperate the critics of the Vice President have become in order to fuel their own personal interests,” Quicho said. “Politics has indeed really turned to its worst form.”

Meanwhile, Hilmarc Construction, the contractor allegedly behind the overpriced construction, was purportedly awarded with the contract despite irregularities and use of falsified documents, the complaint said.

The complaint also said there were two losing bidders in the contract. But as it turns out, one of the bidders deny participation while the other is non-existent.

Besides the criminal charges, the respondents except for VP Binay also face administrative raps for grave misconduct, serious dishonesty and conduct prejudicial to the best interest of the service, with the possibility of being suspended from government pending administrative adjudication.

The Ombudsman probe stemmed from a plunder complaint filed by Renato Bondal and Nicholas Enciso VI.

The said overpricing allegation is the subject of a Senate Blue Ribbon Committee hearing involving Binay.