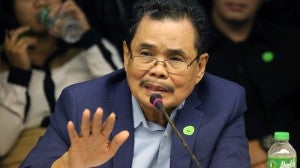 Iqbal said their report was already finished but they were still drafting an executive summary for their counterparts.

“Our report is internal to us. What we will give to the government, including the DOJ, is the executive summary,” Iqbal said.

Last week, a DOJ inspection team was supposed to go the site of the Mamasapano clash but the visit was aborted because of fighting between government forces and BIFF rebels near the area.

The DOJ created a special team composed of members of the National Bureau of Investigation and the National Prosecution Service to investigate the clash and determine who should be held criminally liable.