A French connection for Bicol U 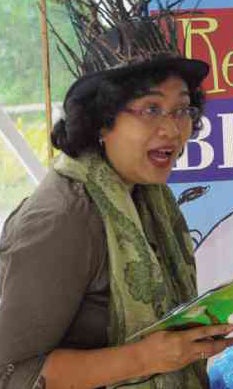 France has selected Bicol University (BU), the premier academic institution in the region, as one of its five partner-universities in the Philippines.

BU president Fay Lea Lauraya said she was informed of the selection in an e-mail from the French government last week, which she later confirmed during an event hosted for visiting French President François Hollande in Manila. Hollande arrived in the Philippines on Feb. 26 for a two-day visit.

The five will forge memoranda of understanding on student and faculty exchange, and research collaboration with Université Bordeaux 3 on French language teaching and history; Université Clermont on studies related to Mayon Volcano and disaster science; and Institut de Physique du Globe de Paris on climate change.

“There will be sharing of knowledge, research and local practices, and innovations on disaster risk reduction, and climate change adaptation,” Lauraya said in her speech during the first Andurog Awards held on Saturday at St. Ellis Hotel in Legazpi City.

The awards, initiated by BU’s College of Arts and Letters (CAL), acknowledge the college’s partners in key private and government institutions, as well as foreign organizations, which have been sharing their expertise and resources with the students of the college over the past decade.

Among the awardees were the Philippine Daily Inquirer and its Southern Luzon Bureau, which were cited for being valuable partners of BU in giving student-interns actual on-the-job experience to enhance their competency and skills.

CAL underscored the role of the press as a dominant social force instrumental in shaping public opinion, which “has found expression in Philippine Daily Inquirer’s desire to create a ripple effect by training future journalists and instilling in them the need to adhere to professional and ethical standards of journalism.”

The college will benefit most from the program with the French universities among the 16 colleges and units of the 45-year-old BU, which has a student population of 25,000.

Lauraya said BU did not apply for the partnership, but she believed the Commission on Higher Education had recommended the university to the French working team.

“Since French President François Hollande is also focusing on climate change, we have the edge because we (BU) are known for climate change adaptation and disaster risk reduction programs,” Lauraya said.

“They were also interested since we are teaching French language at BU’s College of Arts and Letters,” she said.

Lauraya said journalism students could be sent to France for the special grant.

“We also commit to teach the English language to students from France,” Ma. Julieta Borres, dean of CAL, said in an interview at the sidelines of the awarding rites.

BU also hosts the Climate Change Academy, a joint program with the provincial government of Albay, housed in a facility built on its campus in Legazpi City. The academy provides training to local governments on disaster risk management, hazards and adaptation to combat climate change and its ill effects, particularly on the economy.