AFP chief Catapang in Sulu amid battle vs Abu Sayyaf 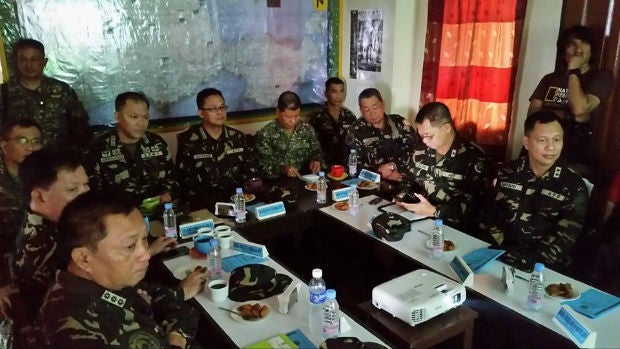 A photo release by the AFP Public Affairs Office showed Colonel Alan Arrojado, commander of Joint Task Group Sulu, giving Catapang and other top officials a briefing about the current situation there.

Last week, elite Army units engaged the bandits in a firefight in Patikul town. Two soldiers were killed and dozens of soldiers and bandits were wounded. At least 25 Abu Sayyaf members were reported killed.

Catapang has ordered an all-out offensive against the Abu Sayyaf in Sulu and Basilan.