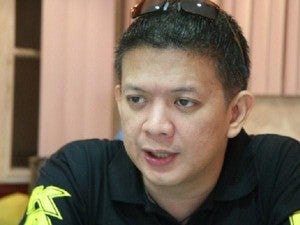 (I’ve been saying this for a long time. They’re not doing their jobs and they should be replaced by people who can do their jobs.)

SAF 44 refers to the 44 members of the Special Action Force who were killed in the Mamasapano operation.

(While Mr. Iqbal was talking, Ferrer was short of coaching Iqbal to answer the questions by the different senators, I don’t know if you noticed that).

But Senate President Franklin Drilon was quick to reject what he described as “unfair” accusations and calls for resignation against the members of the government peace panel, saying it “will achieve nothing and will only derail the peace process.”

“I appeal for a deeper public support and understanding of the role of the government peace panel in the realization of our goal of providing lasting and genuine peace in Mindanao, which for four decades suffered from all forms of insurgency and criminality,” Drilon said in a statement.

“While I fully understand and recognize the public’s high emotions following the Mamasapano tragedy, Secretary Teresita Deles and Prof. Miriam Coronel-Ferrer do not deserve to be maligned in such an unwarranted manner,” he said.

He stressed that Deles, presidential adviser on the peace process, Ferrer and the rest of the government peace panel are tasked with securing peace in Mindanao, and their actions before and after the Mamasapano incident are based on their mandates.

“It is highly unfair and improper for people to label as traitors those striving to ensure peace in our nation, for all Filipinos,” he added.