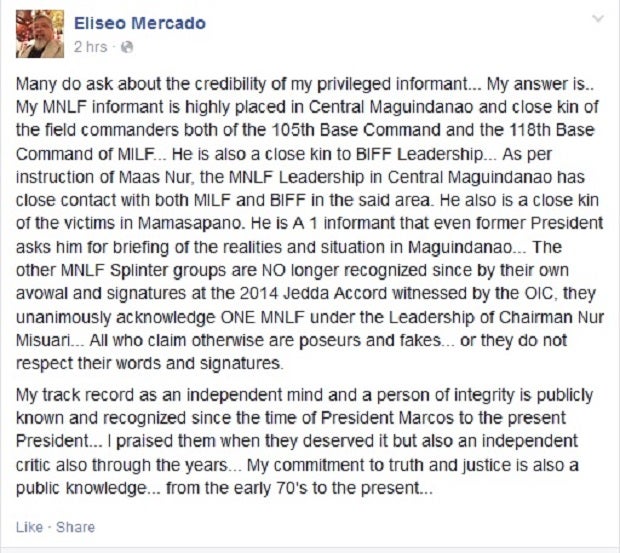 Sema issued the statement even as Mercado, a known peace advocate in Mindanao, boosted the credibility of his MNLF source on his Facebook account.

The priest added, “He also is a close kin of the victims in Mamasapano. He is [an] A1 informant that even former President asks him for briefing of the realities and situation in Maguindanao.”

He made the same claim in radio and television interviews here.

“He should identify the official,” Sema said in order that “we can really ferret out the truth.”

“As a friend, I did not expect him to issue such statements without even informing us or consulting us about the alleged pay off before making public,” Iqbal said in Filipino.