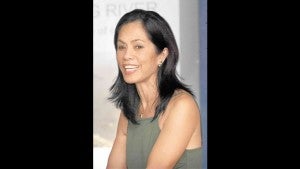 “My seemingly ‘mission impossible’ tasks—such as traffic management and cleanup drives—became easier because of it,” Metropolitan Manila Development Authority (MMDA) chair Francis Tolentino said in praise of the project as it marked its sixth anniversary on Wednesday.

Some 2,000 families of informal settlers had also been relocated from the riverbanks and Pasig’s tributaries—practically without violence—since the project was launched in February 2009 by KBPIP chair Gina Lopez.

The families have been relocated to various sites in Laguna, Cavite and Bulacan provinces.

Of the 47 tributaries of the Pasig River, 17 have already been rehabilitated through Kapit-Bisig.

Lopez said transforming the remaining 30 by 2019 would be doable—depending on the support of the next administration.

“The Aquino administration has been supportive as it is allocating P10 billion every year to clean the Pasig River,” said Lopez, who also chairs the Pasig River Rehabilitation Commission. “Cleaning the Pasig River really needs everyone’s help. We can actually do it if we work together.” Rima Granali