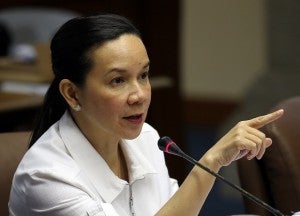 MANILA, Philippines—Senator Grace Poe, who is leading the Senate probe on the Mamasapano incident, is now considering terminating the investigation after holding three hearings this week.

“We still have an executive session but I have to review the transcripts of the hearings,” Poe, head of the Senate committee on public order, said in a text message on Friday.

“I think we have covered all the pertinent questions and issues relative to the respective concerns of each committee involved in the investigation relative to getting the facts, needed legislation and committed plans of action by appropriate government agencies,” she said.

Poe also pointed out that all senators involved in the hearing had at least two rounds each of questioning.

“Others had more,” she added.

Asked then if she was now contemplating of wrapping up the probe, Poe answered yes.

Poe’s committee, along with committees on peace, reconciliation, and unification and finance, held hearings last Monday, Tuesday, and Thursday this week.

The three committees though are still scheduled to meet on Monday for the continuation of the executive session they called to hear the testimonies of two survivors of the bloody encounter in Mamasapano, Maguindanao and two other officials involved in the operation.

The Mamasapano operation resulted in the deaths of 44 elite policemen.