The high court, in its ruling earlier this month, said that authors of the DAP should be held accountable for the DAP acts declared as illegal. However, it did not specify who the authors are.

Carpio said it was the President who signed the NBC on DAP and it was Abad who implemented it. The NBC allowed the withdrawal of unobligated allotments of agencies of low-level obligations as of June 30, 2012 to augment or fund priority and/or fast moving programs and projects of the government. 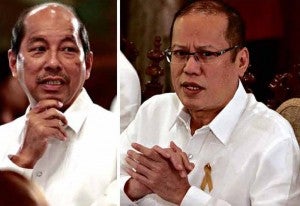 Carpio pointed out that unobligated allotments are not savings. He added that the NBC authorizes augmentation of projects not considered in the 2012 budget which is contrary to the 1987 Constitution.

“Since the President and the DBM Secretary approved and issued NBC (National Budget Circular) 541, they are considered the authors of the unconstitutional act. As a consequence, neither the President nor the DBM Secretary can invoke the equitable doctrine of operative fact although they may raise other defenses,” Carpio said in his 13-page opinion.

“As authors of the unconstitutional act, they have to answer for such act,” he added.

Both Aquino and Abad, according to Carpio, cannot invoke the doctrine of operative fact because only those who merely relied in good faith on the illegal act, without any direct participation can invoke it.

“Those directly responsible for an illegal or unconstitutional act cannot invoke the doctrine. He who comes to equity must come with clean hands and he who seeks equity must do equity,” Carpio said.

“They were in fact the parties responsible for establishing and implementing the DAP’s unconstitutional terms and in these capacities, cannot rely on the unconstitutionality or invalidity of the DAP as reason to escape potential liability for any unconstitutional act they might have committed,” Brion said in his 34-page opinion.

Brion said Abad’s actions “negate the presumption of good faith that he would otherwise enjoy in an assessment of his performance of duty.”

“There are indicators showing that the DBM Secretary might have established the DAP knowingly aware that it is tainted with unconstitutionality,” he added.

Voting 13-0 last Feb.3, justices of the high court unanimously denied the appeal of the Palace on its decision in July last year striking down the withdrawal of unobligated allotments from implementing agencies and their use as savings prior to end of fiscal year as well as the cross-border transfers of savings of the executive to augment funds of agencies outside the department.

They likewise stood by their earlier finding that the use of unprogrammed funds despite the absence of a certification by the national treasurer that the revenue collections exceeded the revenue targets for non-compliance with conditions in the GAA was illegal.

The high court again held that these acts and practices under the DAP violated the constitutional doctrine of separation of powers and the provision prohibiting inter-branch transfer of appropriations.

But the high court reversed its ruling on the act under DAP pertaining to the funding of projects, activities and programs that were not covered by any appropriation in the GAA, which was earlier declared unconstitutional.

Partially granting the motion for reconsideration of the office of the solicitor general, the High Court now declared such act as constitutional.