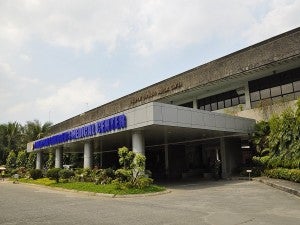 MANILA, Philippines―After decades of uncertainty, the Philippine Children’s Medical Center (PCMC) has finally secured the title for its 3.7-hectare property it has called its home for the past 34 years.

The signing of the memorandum of agreement (MOA) between PCMC, Department of Health (DOH), and the National Housing Authority (NHA) was held on Thursday and was witnessed by Senators Paulo Benigno “Bam” Aquino IV and Teofisto Guingona III.

In the MOA, Department of Health will shell out P900 million from its budget to purchase the hospital’s Diliman, Quezon City land: P500 million will be paid for the first installment in 2015 while the remaining P400 million will be given in 2016.

The amicable settlement between the NHA and the PCMC averted a grim scenario where the hospital which caters mostly to the needs of marginalized children, will be evicted in its lot.

The transfer of the PCMC lot stemmed from the implementation of a 1992 land swap agreement which stated that a DOH property in Sambag, Cebu province will be given to NHA in exchange of the children’s hospital land.

The buy-out plan between the two agencies for the acquisition of the hospital lot was finalized in a Senate hearing last December.

NHA General Manager Atty. Chito Cruz, said that the proceeds from the land purchase will be used to fund housing projects for the poor and homeless in NHA’s development projects.

“The proceeds from the sales will be used to fund other socialized housing projects for our beneficiaries,” Cruz said.

The PCMC treats 60,000 patients annually, most of whom are indigents. In 2013, the NHA demanded that the hospital pay P1.1 billion for the land or face eviction. With a report from Paolo Acabado