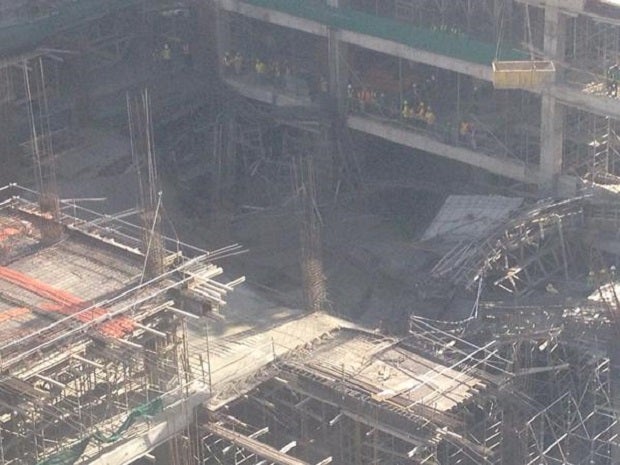 MANILA, Philippines–At least eight people were hurt when a part of a building which is still under construction in Bonifacio Global City (BGC), Taguig City collapsed Wednesday morning.

In an interview over Radyo Inquirer 990 AM, Taguig City Police Chief Col. Arthur Felix Asis said that a portion of The Suites on 28th St. collapsed at around 8:20 a.m., injuring at least eight construction workers.

The incident happened at the building’s upper ground floor as the workers were reportedly pouring cement in the said area.

Asis said that the eight unnamed workers did not sustain any major injuries and were rushed to St. Luke’s Medical Center in BGC.

The police chief also said that not all construction workers have been accounted for. Retrieval operations are still ongoing as of posting time.

5th Ave. in BGC was also closed to traffic due to the incident.