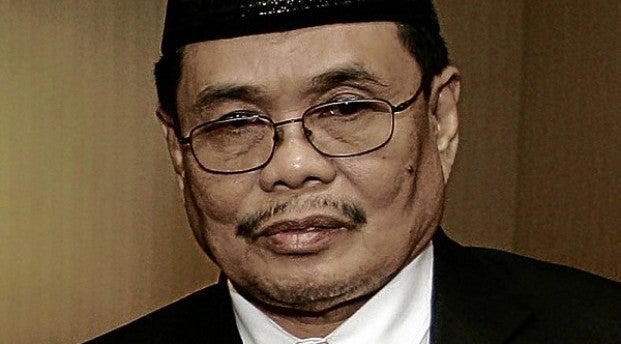 “The truth will show that we have not been coddling Marwan. Marwan was in the company of the BIFF (Bangsamoro Islamic Freedom Fighters),” Iqbal told reporters at a joint press conference with the government peace panel led by Miriam Coronel-Ferrer.

He gave journalists a list of the names of the dead and the injured.

He also appealed to the public, “especially to members of the media … not to fan the emotions of hatred and prejudices.”

“The Bangsamoro people have also suffered a lot in the conflict in Mindanao, as a result of several massacres in the various parts of the Bangsamoro,” Iqbal said.

“The encounter in Mamasapano, Maguindanao, was not intended by either side. It was a pure and simple misencounter. The operation was intended for the BIFF, which is coddling Marwan and Basit Usman,” Iqbal added.

Marwan was killed in the SAF operation, but the police commandos lost 44 of their own, the biggest single-day combat loss by government security forces in recent memory. Usman managed to escape.

Ferrer said the Philippine National Police had the mandate to arrest criminals, being the country’s law enforcement agency.

Iqbal said the AHJAG had been tasked to “interdict or isolate” criminals in Mindanao.

“But to run after them is the sole world of the AFP (Armed Forces of the Philippines) and the PNP. We can provide them information (on the terrorists),” Al Haq said.

The source said Mr. Aquino’s letter was handed by Deles to Iqbal in a meeting following the Mamasapano incident.

Iqbal said at the press conference that he did not receive a letter addressed to him from the President.

“Perhaps to the chairman … I would presume it is the proper way. But to me directly, I have not to received a letter or any communication from the President,” Iqbal said.

In his eulogy for the 44 SAF commandos on Friday, President Aquino promised their families that the government would get Usman.

“Number one on our list of things to do is to arrest Basit Usman. I have directed authorities to do a careful planning of the operations to arrest this person …. We will prove that the rule of law prevails in the entire Philippines. I assure you, we will get Usman,” Mr. Aquino said.

US agents paid cash for info on terrorists