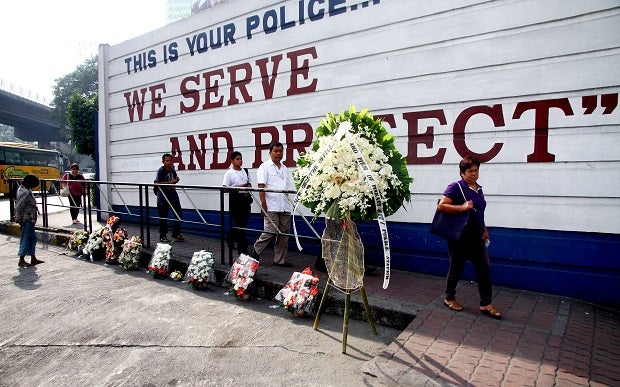 Sympathy flowers were offered anonymously to the national headquarters of the Philippine National Police as the country mourns the death of 44 elite policemen in Maguindanao Province. PHOTO from PNP-PIO

MANILA, Philippines – While the nation mourns, anonymous persons on Wednesday placed flowers at the national headquarters of the Philippine National Police as tribute to the 44 elite policemen who were massacred in Maguindanao last Sunday.

Condolences from civilians were sent through flower baskets placed at the Gate 1 of Camp Crame on Epifanio Delos Santos Avenue in Quezon City.

Beside nine flower baskets, a standing floral spray was offered by the Makati City Police to honor the 44 slain policemen.

On Wednesday, the PNP Academy Alumni Association Incorporated declared a national day of mourning for all PNPA graduates, which will be observed by wearing black armbands.

Condemning the incident, the PNPAAAI urged the Senate and the House of Representatives to launch an investigation into the clash, which its chairman, Retired General Tomas Rentoy III, described as “barbaric.”

“While we are in mourning, we’ve already sent communication to our alumni graduates who are dispersed all over the country to wait for our instruction regarding this,” he said. 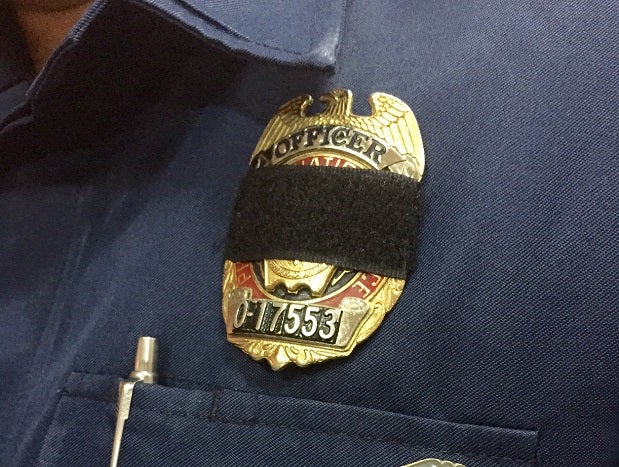 But some PNPA graduates in Camp Crame have started wearing black bands as tribute to the fallen heroes.

Some police officers in Camp Crame attached black strips to their police badges.

On Thursday, metal caskets of slain SAF members will be airlifted to Villamor Airbase where they will be given arrival honors.