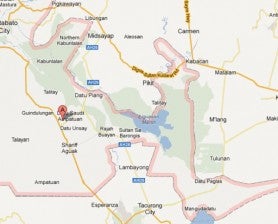 Retrieval operations went on as the government moved to prevent the violence from spreading.

In Manila, Defense Secreatary Voltaire Gazmin said, “We will do what we can to prevent this from happening (again).”

Pintac said the bodies of five policemen had been retrieved as of Monday morning.

“Our retrieval operation was still on going, our initial information was 15 policemen were confirmed dead,” Pintac told a local radio station.

Pintac also said it was a purely SAF law enforcement action and coordination was only made with the PNP-ARMM an hour before the operation or about 4:30 a.m. Sunday.

“We have no data as to the total number of fatalities. We continue to provide assistance to the retrieval operation,” she told the Philippine Daily Inquirer.

Police sources said about six of the slain policemen were officials of different ranks. Frances Mangosing