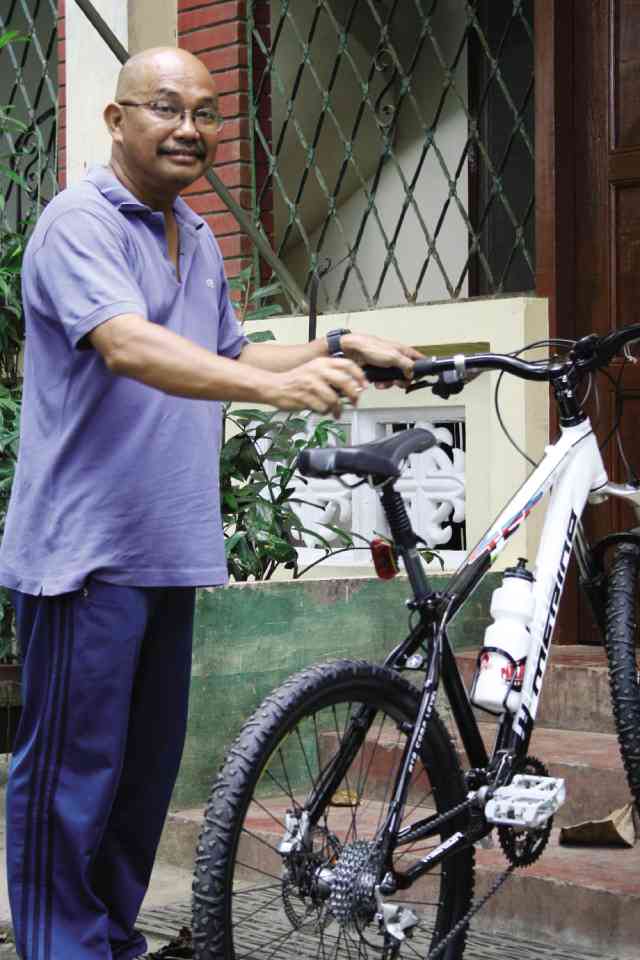 MANILA, Philippines—A week after President Benigno Aquino III blasted the clergy in front of Pope Francis for being silent during abuses commited by the previous administration, a biking priest let out some choice words for the Philippine leader.

“He bore false witness against the Church in front of Pope Francis, the whole nation and the whole world. He was not only rude, he was also a liar. This is what made his welcome address very offensive,” biking priest Fr. Amado Picardal wrote on the Catholoc Bishops Conference of the Philippines (CBCP) News website.

During Pope Francis’ visit in Malacañang on Jan. 16, Aquino lauded the courage of the clergy during the Martial Law, but lamented that they were silent during the Arroyo administration and are now his critics in his “attempts to correct the wrongs of the past.”

“In contrast to their previous silence, some members of the clergy now seem to think that the way to be true to the faith means finding something to criticize, even to the extent that one prelate admonished me to do something about my hair, as if it were a mortal sin,” Aquino said.

Picardal said that it was Aquino who judged the Church without an appreciation of the facts.

He said that while some members of the clergy were silent during the previous administration, there were also many who spoke out against its abuses.

Citing a media report, Picardal recounted how he biked from Northern Luzon to Manila just to deliver a letter to then President and now Pampanga representative Gloria Macapagal-Arroyo condemning her administration’s abuses and “culture of death.”

He also blasted Aquino for his continued defense of his allies who have been accused of committing anomalies and his snub of the commemoration of Supertyphoon ‘Yolanda’s anniversary.

The Palace has defended Aquino from the detractors of his speech during the Pope’s visit.

“Makatotohanan ang kanyang talumpati at wala siyang layuning mapanira (His speech was truthful and he had no intention to inflict harm),” Communications Secretary Herminio “Sonny” Coloma Jr. said in a briefing on Tuesday.

A self-confessed supporter of Aquino’s candidacy in 2010, he said he was disappointed with the President’s performance.

“With all his good intentions, he was not up to the challenge of becoming a great leader like his parents. His welcome address to the Pope in Malacañang was pathetic and a monumental embarrassment to the nation. He was not just rude, he also did not speak the truth. That was un-presidential of him. This was the lowest, ugliest moment of the papal visit,” Picardal said.

Aquino’s speech based on his experiences, says Tagle