‘Homeless not hidden from Pope; they were in training’ | Inquirer News
Close
menu
search

‘Homeless not hidden from Pope; they were in training’ 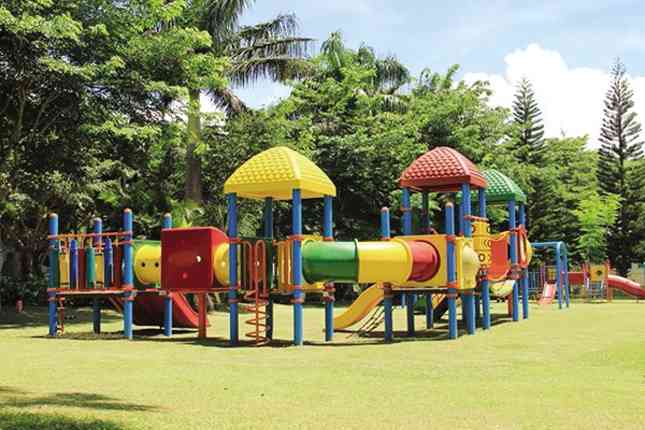 PLAYGROUND FOR REAL From playing on the streets of Manila, homeless kids get a taste of the real thing during their 6-day stay at the plush Chateau Royale resort in Nasugbu, Batangas. Several House members have criticized the DSWD for hiding the street dwellers on Roxas Blvd. during the papal visit. DSWD says the outing is part of a gov’t project to provide the homeless with rent-free homes for a year as familiarization with rooms, doors and toilets. PHOTO FROM CHATEAU ROYALE WEBSITE

The invitation was for an “outing,” or so recalled a street dweller in Malate, who was among the hundreds of beggars and homeless families carted off to a plush resort in Batangas province by the Department of Social Welfare and Development (DSWD) during the papal visit last week.

“We were well taken care of during our stay in Batangas. We were fed and given rooms to sleep in. I have nothing to complain about,” said a street dweller.

Carmen (not her real name), 50, a street food vendor along Roxas Boulevard in Manila, said she, her daughter and several grandchildren joined the “camp” organized by the DSWD from Jan. 14 to 19, after a “Ma’am Elsa” asked them on Jan. 13 if they wanted to go on a free out-of-town trip.

That trip could become the subject of a congressional inquiry after members of the House of Representatives demanded an explanation from Social Welfare Secretary Corazon Soliman who admitted that 490 beggars and homeless people were taken to air-conditioned log cabins in a resort during the papal visit where Pope Francis preached “mercy and compassion” for the poor.

“The Pope would have wanted to see the Philippines, warts and all. Let us not pretend that we are a first-world country,” said Kabataan Rep. Terry Ridon, who is initiating a congressional inquiry.

The government was hard-pressed to explain the move, with Soliman saying that the homeless were removed from Roxas Boulevard before the visit because they would have been “vulnerable to syndicates and discriminated (against),” had they stayed in the area.

The DSWD official also denied that the government was “whitewashing poverty,” as claimed by Bayan secretary general Renato Reyes.

“You cannot hide poverty. When the Pope landed, the first thing he saw were the shanties by the river,” Soliman said, adding that the homeless received training as part of a government scheme launched last year to provide 11,000 homeless families with rent-free accommodation for up to a year. So far the program has helped 2,000.

“Part of the orientation (was) to familiarize them with a room that has a door and toilets,” Soliman said.

Deputy presidential spokesperson Abigail Valte said the DSWD evaluates whether the street dwellers are eligible for housing assistance from the government.

“Government also helps find work for them, provides assistance if they are ambulant vendors, and if they want to undergo skills training at (the) Technical Education Skills Development Authority,” Valte said.

She said this was not the first time the DSWD gathered homeless families for its program. It had been done twice before when there was no VIP in town.

In the press briefing, Valte also said the DSWD did not intend to “hide” the indigents from Pope Francis.

“It would be an insult to our visitor to say that (if) we hide [the poor], he would not know about them,” Valte said, adding that the government could not hide the poor because there are “official statistics” that record the country’s poverty incidence.

“We don’t make it a point to lie about these things because we can see that one of the biggest projects of the administration is poverty alleviation,” the Palace official said. “That’s a recognition that [poverty] exists in the country. We cannot deny others their opinion but [hiding the poor] is not really the intention of the government,” Valte said.

The Palace official said Soliman had already “updated” President Aquino about the issue, but said she was unaware of Mr. Aquino’s instructions to the DSWD secretary.

Valte said the DSWD program was meant to “assess” street children and homeless families for the government’s Modified Conditional Cash Transfer Program (MCCTP). It was also meant to keep them safe as they usually stay on the center island along Roxas Boulevard that filled with people during the papal visit from Jan. 15 to 19, she added.

The Chateau Royale resort in Nasugbu, Batangas, where the homeless stayed has a swimming pool and rock-climbing facilities, and usually charges up to P24,000 ($544) for an overnight stay, according to its website.

But Soliman said the government did not pay the full price.

Carmen, whose food stall selling pancit and rice cakes transforms into a street shelter at night, said she knew the Pope was coming but took the trip proffered by the DSWD anyway, because the opportunity to go on a trip was something she could not afford with her measly income.

Her 25-year-old daughter, who is four months pregnant, 1-year-old grandson and 7-year-old granddaughter tagged along, Carmen said, adding that “it was a good time for us to rest, since it was a holiday anyway and all the offices near our stall were closed.”

Carmen’s daughter said they were fed five times a day at the resort, with meals that ranged from daing and danggit (dried fish) to adobo and roast chicken. The rooms were big, with each room shared with another family, she said.

But even with seven occupants, there was space to spare, the daughter recalled, adding that the room had two big beds and four extra mattresses.

“They also fed us frequently. It sometimes felt a bit too much,” Carmen’s daughter said sheepishly.

Carmen said they could swim in the resort, but she didn’t because it was “too cold.” At the end of the event, they were given bags marked “DSWD” and filled with five kilos of rice, three cans of sardines, and a few pieces of clothing.

Another Malate street dweller, 22-year-old Ana Marie Concepcion, said she, her son and husband joined the event after being invited by “Ma’am Nora,” whom she knew as a DSWD volunteer. She said Nora had interviewed her before about her family’s living conditions, since they too call the sidewalk—and a kariton (pushcart)—home.

Like Carmen, Concepcion said they were fetched by seven buses near the Andres Bonifacio mural beside Manila City Hall at 9 a.m. of Jan. 14. She said roughly 12 families, or 48 people, could fit in each bus.

Concepcion said she had an idea that the trip had something to do with DSWD’s MCCTP, although she confessed to not knowing what the acronym meant.

“We had daily activities, though. In the morning, before breakfast, we did group exercises, followed by a talk. Then we would take merienda (snacks) at 10,” Concepcion said, adding that some activities required them to “assess ourselves, our families and our living situation.”

She recalled that one of the facilitators was named “Codex,” who said he came from Malabon and was a staff of Tulong Pantawid.

After lunch, Concepcion said they had some free time until 4 p.m. Then the activities would resume until dinner time, around 7 p.m. They also got to watch the papal activities on TV, she added.

Concepcion said they left shortly after lunch on Jan. 19, and were dropped off around 3 p.m. on Roxas Boulevard near the Malate church. With a report from AFP

Soliman: Daily Mail photos of caged street kids ‘taken in the past’