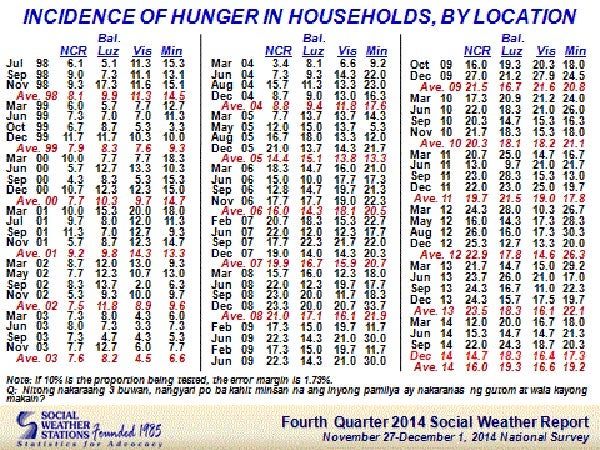 The poll, conducted from November 27 to December 1 among 1,800 respondents, revealed slight improvements in moderate and severe hunger in the country.

Families who said they experienced hunger once or a few times in the last three months (moderate hunger) fell to 13.2 percent from 17.6 percent in September.

Meanwhile, those who experienced severe hunger (or those who said they were often or always hungry) in the last three months fell to 4.1 percent from 4.4 percent last quarter.

The occurrence of both moderate and severe hunger improved for all areas, except for the rest of Luzon where severe hunger increased to 5.3 percent from 5 percent in September. 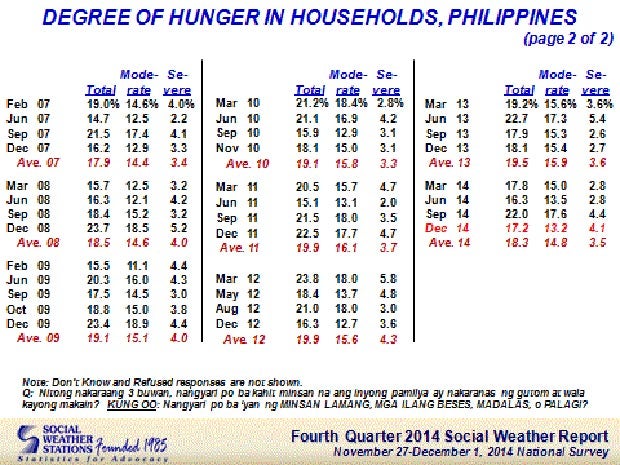 During a Palace briefing, deputy presidential spokesperson Abigail Valte said they will have to study the results of the survey but are hoping that the government’s poverty alleviation programs are able to rich the poorest of the poor.

She pointed out that the government has various mechanisms to combat poverty, in addition to the conditional cash transfer (CCT) program.