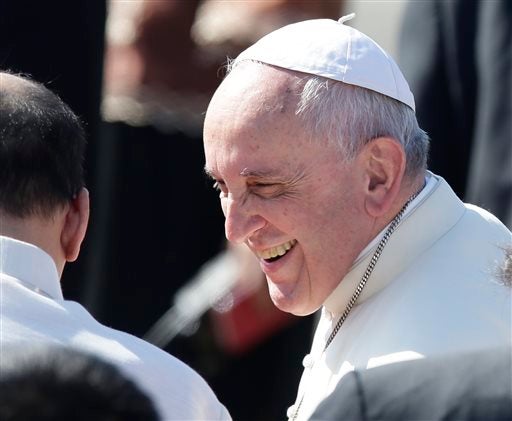 MANILA, Philippines—The organizing committee of Pope Francis is already polishing the Pontiff’s upcoming trip to the United States this September.

Archbishop Bernardito Auza, a Filipino member of the committee, was quoted over CNA/EWTN as saying that the Pope will be in the US Sept. 22-27.

Auza, the Holy See’s permanent observer to the United Nations and to the Organization of American States in Washington, said the Pope is projected to arrive in Washington D.C. on Dec. 22 and proceed to the White House the following day for the official welcome ceremony.

Proposed activities in Washington also include the Pope celebrating a Mass at the Basilica of the National Shrine of the Immaculate Conception which will be attended by the bishops, consecrated, religious men and women, seminarians and representatives from various humanitarian and Catholic Charitable organizations, and a speech before a joint session of the US Congress.

From Washington, the Pope is scheduled to proceed to New York City where he is expected to attend the U.N. general assembly which is also the opening day of the Post 2015 Sustainable Development Summit.

“We certainly are looking forward to that,” he said, noting how everyone involved is anticipating what the Pope will say, particularly U.N. Secretary-General Ban Ki-moon, who, Auza said, is “extremely thrilled.”

From the UN, other planned activities include an inter-religious meeting, a visit to St. Patrick’s Cathedral, inter-ethnic meeting and a possible visit to Ground Zero, the site of the terrorist attack on the World Trade Center on Sept. 11, 2001.

He said a Mass will be officiated by the Pope but it is still not clear whether it will be at St. Patrick’s Cathedral or at the Madison Square Garden.

He added that the Pope will also attend the World Meeting of Families in Philadelphia.

“But these are just proposals. At the end of February there will be the first organizational visit (from a Vatican delegation), and then we will see what we could really fill in,” the archbishop said.

“Philadelphia is confirmed. That’s for sure,” the archbishop observed, explaining that the two big events set to take place with the Pope are a prayer vigil on the 26th and Mass Sunday, the 27th.

Besides the encounter with families, Archbishop Auza said that the Philadelphia visit will likely include “a visit either to a children’s hospital or a juvenile prison.”

Also, the Archbishop said there would most likely be a “brief canonization” of Blessed Junipero Serra at the National Statuary Hall in Washington.