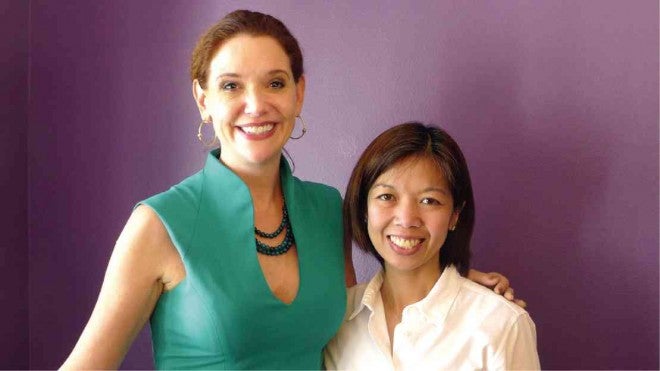 MANILA, Philippines–Move over, Pacman. Based on a scientific personality test, Pope Francis, not boxing champ Manny Pacquiao, is the “People’s Champion.”

This was the result of a profiling done by certified Fascinate advisor Cherry Pua-Africa using the Fascination Advantage Assessment, a personality test developed by world-class branding expert and New York Times best-selling author Sally Hogshead. The test evaluates “how the world sees you” or the way people perceive one’s communication through algorithms.

With a combination of passion and power, Pope Francis was a people’s champion, one of the 49 personality archetypes, Africa said.

A people’s champion is “dynamic, inclusive and engaging” based on the Fascinate personality archetypes chart.

After two decades of research on communication, Hogshead identified “seven advantages of fascinations.” These were innovation, passion, power, prestige, trust, mystique and alert.

Africa, founder of the Singapore-based youth empowerment center World Stage International Network, said these were natural qualities that made people “fascinating” and enabled them to contribute more or become more valuable to society once enhanced.

“The Pope communicates with passion. He goes beyond and transcends dogma and communicates in a way that people respond to best which is through emotions,” Africa added.

And according to her, Pope Francis derives his power from humility. “He is in the highest office and he serves the people,” she said.

Africa described the Pope as “very inclusive.” “He washed the feet of Muslims and women. This is a break from tradition,” she said.

Past church leaders were very traditional but Pope Francis has brought back the excitement through his unique personality, she noted.

“The Catholic church is losing its audience because of the focus on dogmas. It’s becoming very traditional and structured. People don’t like that. People like exciting things,” Africa said.

Pope Francis, dubbed as the “Pope of Surprises,” uses the Internet, Twitter, has “selfies” with people and uses other innovative ways to keep up with the times.

“You cannot imagine a pope taking selfies with the young kids but how else can he reach out to the Gen Y?” Africa said.

But then Africa pointed out, being amazing comes with a catch: “You cannot please everyone.”

Pope Francis has been criticized by conservatives for making changes, supporting freedom and equality and eradicating corruption in the Vatican.

Africa said: “If you want to have a fascinating brand personality, you will be polarizing by nature.”

“A lot of people want to be invisible. They don’t want to stand out like a student who mixes with the popular high school kids, a businessman who sells a ‘me-too’ product and becomes a little McDonalds or Mang Inasal or an employee who waters down ideas because of fear of rejection,” she said. These people would never be noticed, she added.

But if you dare to be different, there will be a portion of the population who will hate you or disagree with you, Africa stressed.

“Like the Pope who has a strong stand for the poor, in a way, he is hurting the powerful through his messages. But it’s something that he feels he has to do because that is his job as a Pope,” she said.

Africa believed that the Pope was well-loved because he was not afraid to be himself and was genuine in dealing with people.