‘It’s not a loss of life but meaningful death’ 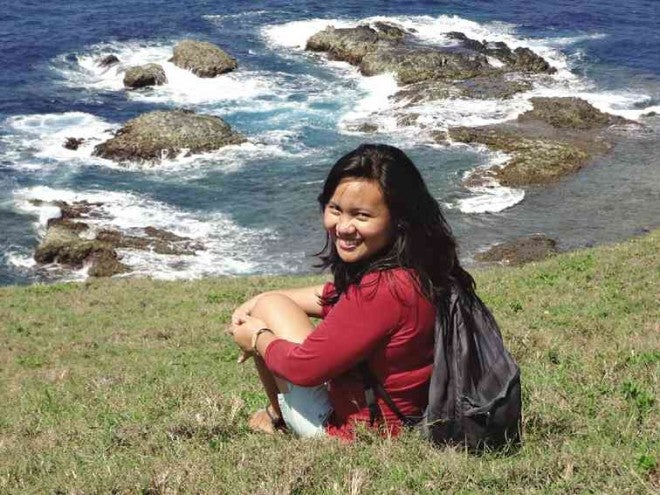 MANILA, Philippines—The death of Kristel Mae Padasas, 27, was the first thing the Pope brought up when he faced the hundreds of thousands of young faithful at University of Santo Tomas (UST) in Manila.

“There is sad news today,” the Pope told the crowd before recounting the tragic event of the falling scaffold that killed Padasas before a papal Mass on Saturday at the Tacloban airport in Leyte province.

Francis noted that Padasas was young, just like the crowd of students before him.

He asked for a moment of silence to pray for Padasas and led the prayers to the Virgin Mary.

“I would like all of you, young like her, to pray for a moment in silence with me, and then we pray to Mama, Our Lady, in heaven,” he said.

He also requested for prayers for Padasas’ parents, who have lost their only daughter.

Padasas’ mother is an overseas Filipino worker who was coming home from Hong Kong.

Francis condoled with the father of the papal volunteer on Sunday at the Apostolic Nunciature in Manila before the Pontiff presided over another Mass at UST, which was attended by hundreds of thousands of devotees.

During the meeting at the nunciature, Francis tried to phone the young woman’s mother in Hong Kong but could not get through.

Two childhood photos of Padasas were on a table during the meeting, said Fr. Federico Lombardi, SJ, director of the Holy See Press Office.

Lombardi said the father was shocked by his daughter’s death but was consoled by the fact that she had been able to help prepare for the visit of the Pope.

The father apparently accepted his daughter’s death, telling the Pope, “It’s a meaningful death, not a loss of life.”

During the meeting, the Pontiff was moved by the father’s deep faith and was “searching for words.”

“How do you console with words a father who has lost his child?” the Pope said later. Of the father, the Pontiff said: “What faith … what faith.”

The victim’s father had opted to stay home and watch the papal activities on TV, apparently thinking that he won’t get close to the Pope anyway because of the huge crowd.

“Then my daughter died. She arranged this meeting with Holy Father,” Tagle recalled the father as saying.

A storm was brewing when Francis flew to Tacloban on Saturday to say Mass for the survivors of Supertyphoon “Yolanda” (international name: Haiyan), which struck the Visayas region in November 2013 and killed more than 6,300 people.

In fact, the Mass that Francis officiated at the airport was held during a heavy downpour.

The inclement weather also forced the Pontiff to cut short his other activities in Leyte.

Padasas worked for the US bishops’ international relief and development agency, Catholic Relief Services (CRS), on a recovery project for victims of Yolanda.

“Her dedication to the people affected by the typhoon extended beyond her official work with CRS,” the organization said in a statement. “She traveled a great distance to volunteer at (the) papal Mass and to remember the victims of Typhoon Haiyan.”

The statement said CRS Philippines mourned her loss, along with her family, friends and loved ones.

“Colleagues remember her as someone who loved to laugh and who was always ready to assist outside her normal duties,” it said. “She found great joy in being able to contribute to the recovery effort by working directly with communities and families. Our deepest prayers are with Kristel’s family and loved ones.”–With a report from Radio Veritas

Pope Francis asks for minute of silence for dead volunteer

Pope Francis met with father of volunteer who died in Tacloban