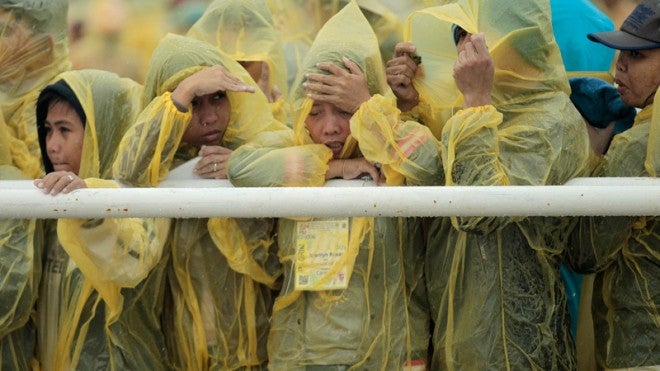 TACLOBAN CITY, Philippines– More than a year after Supertyphoon “Yolanda” (international name: Haiyan) ravaged Tacloban, Pope Francis, the Vicar of Christ, consoled the typhoon survivors and asked them to “hold on to Mama Mary” and know that Jesus Christ understands their pain.

“As a child holds the hand of her mother as when he is in fear. It is the only word to say at this difficult time – “Mom,” “mother,” Pope Francis said during his homily on Saturday morning.

“In moments when we have so much pain, when we do not understand anymore, all we could do is grab hold of her hand firmly,” he added.

Pope Francis, who wore a flimsy yellow raincoat which was provided to all the attendees, had a translator speak in English while he delivered his homily in Spanish.

The Supreme Pontiff said many have asked him why such a tragedy befell the victims, many of whom are still traumatized after thousands were killed by the monster storm.

The Pope said he can only refer them to Jesus Christ.

“Many of you ask: Why Lord? And to each of you, Christ responded through His heart upon the cross,” the Pope said.

He assured the survivors that Jesus understands their pain because he also endured great pains.

“You might say I have lost my house, my family… but Jesus nailed himself there to the cross. He experienced all calamities we experienced,” the Pope said.

“He understands us because he underwent all trials that we that you have experienced,” he added.

Many of those who attended the mass could not control their tears during the homily. But the Pope asked for the survivors’ forgiveness if he had failed to give the right words to assuage their fears and troubles.

But he said it is Jesus Christ who knows what to say.

“This is what comes to my heart and forgive me if I have no other words to express this. But please know, Jesus never lets you down,” he added.

While he said he did not have the words to reassure the survivors, he promised he will walk with them with a silent heart.

“Some of you lost families. All I can do is keep silence. And I walk with you all in my silent heart,” the Pope said. 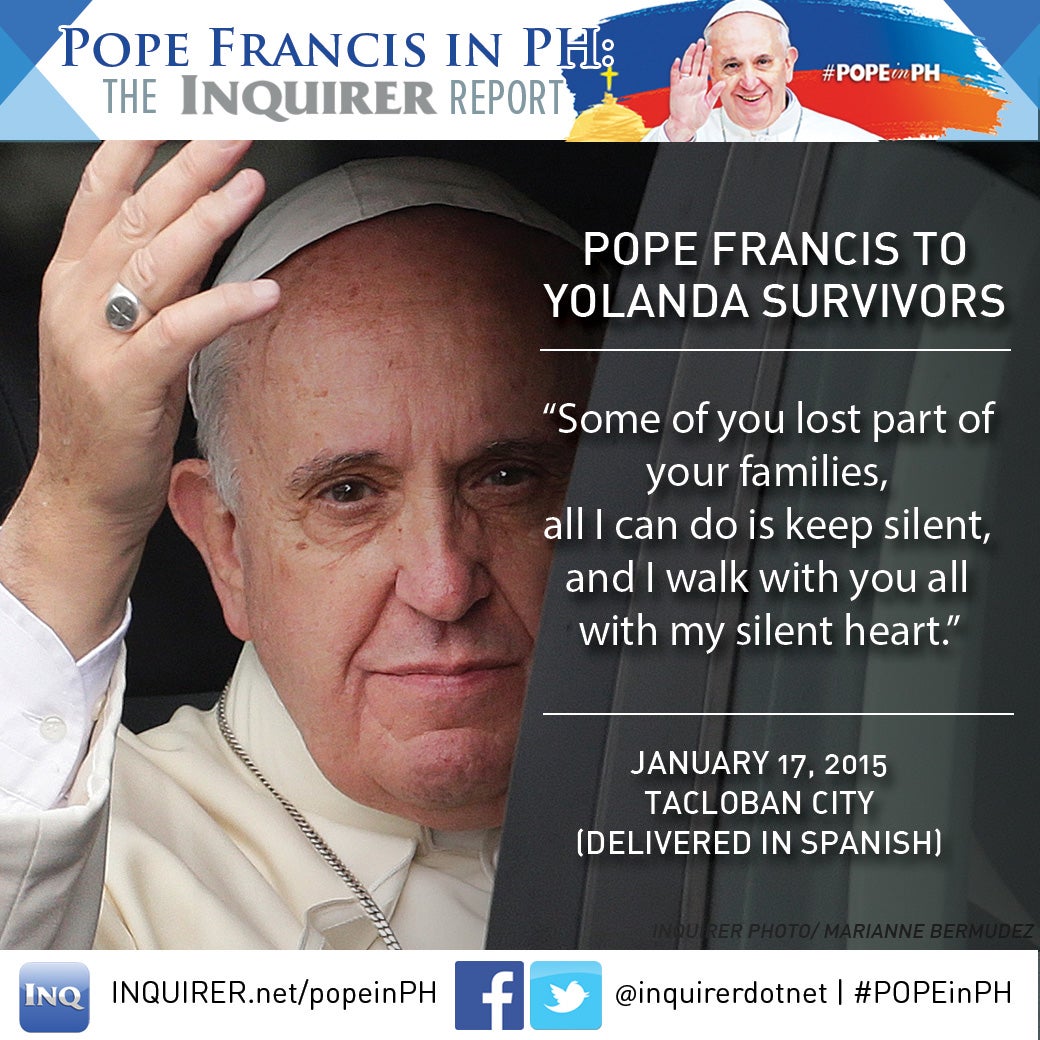 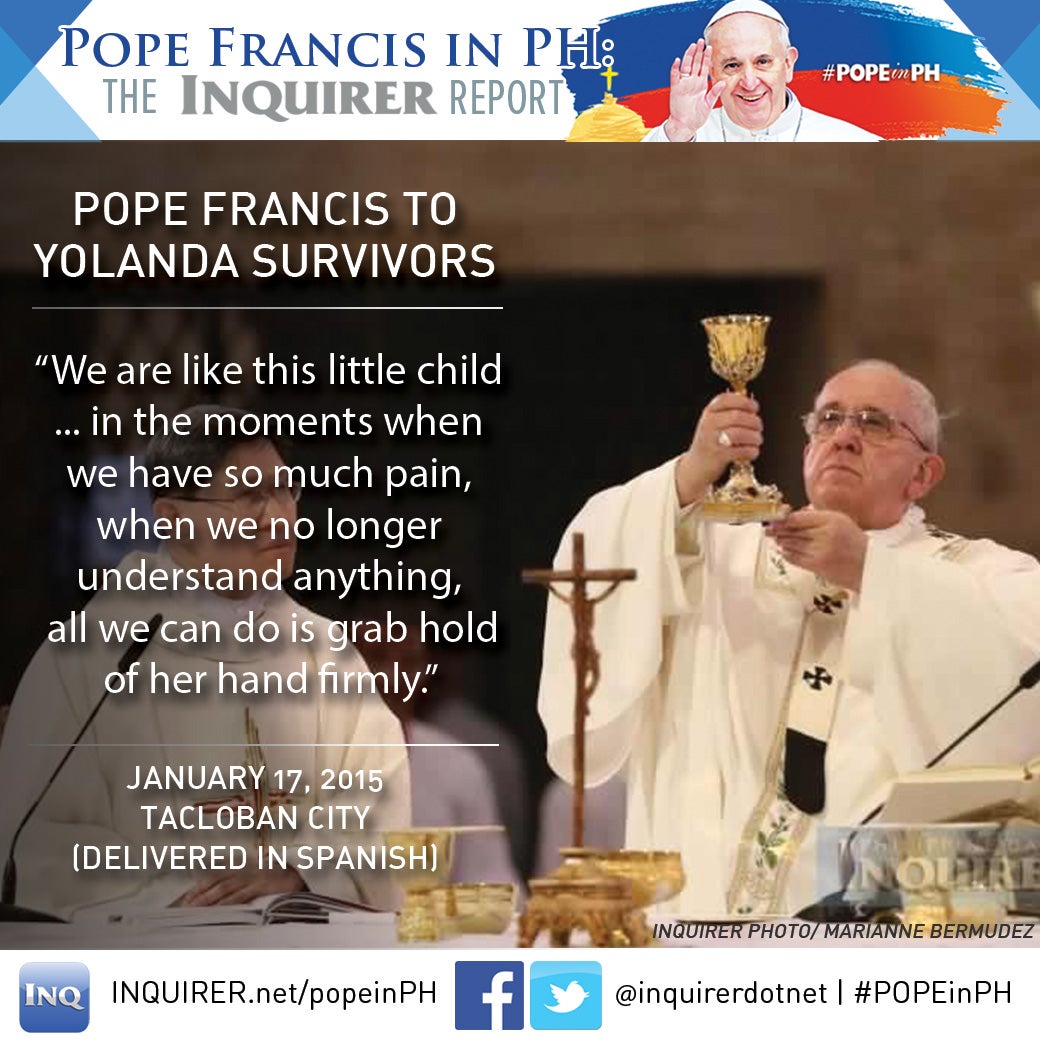 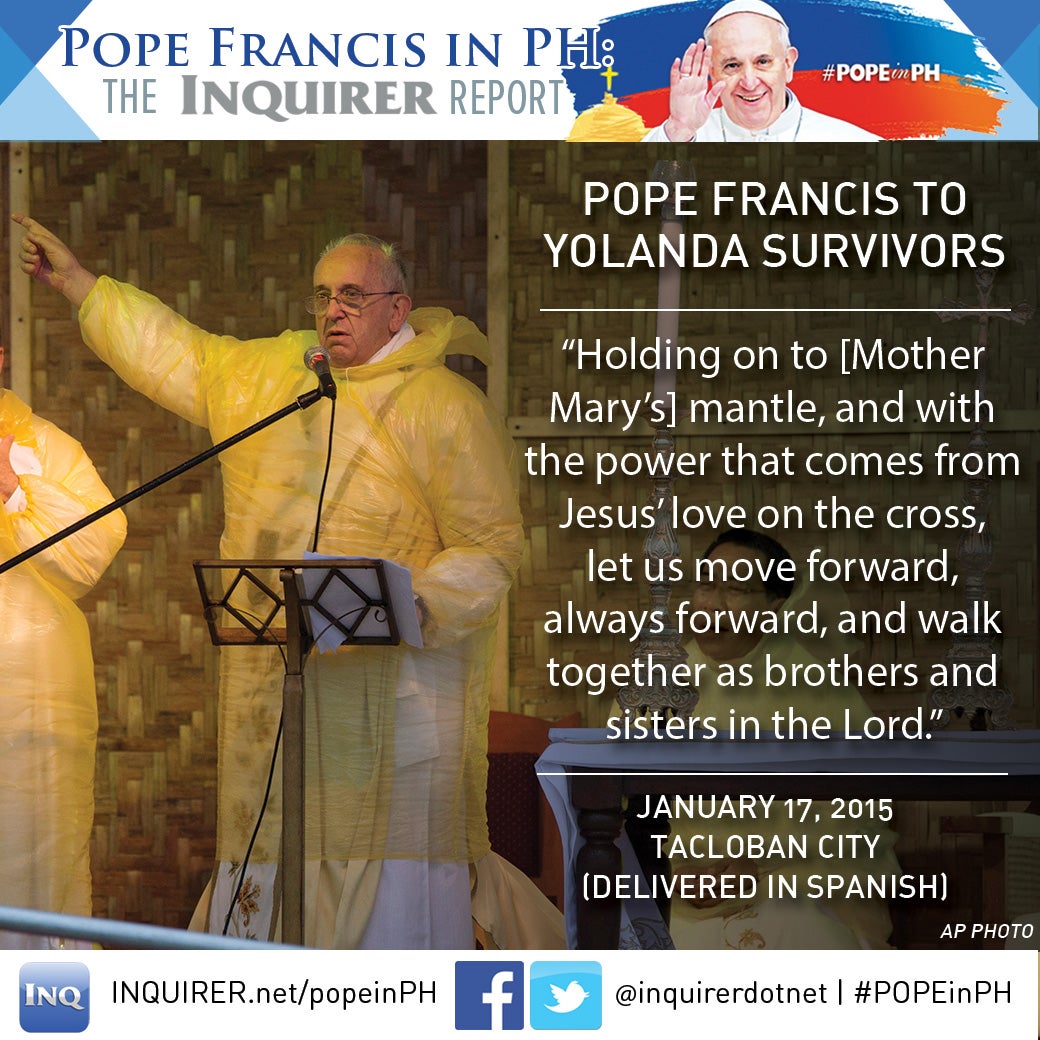 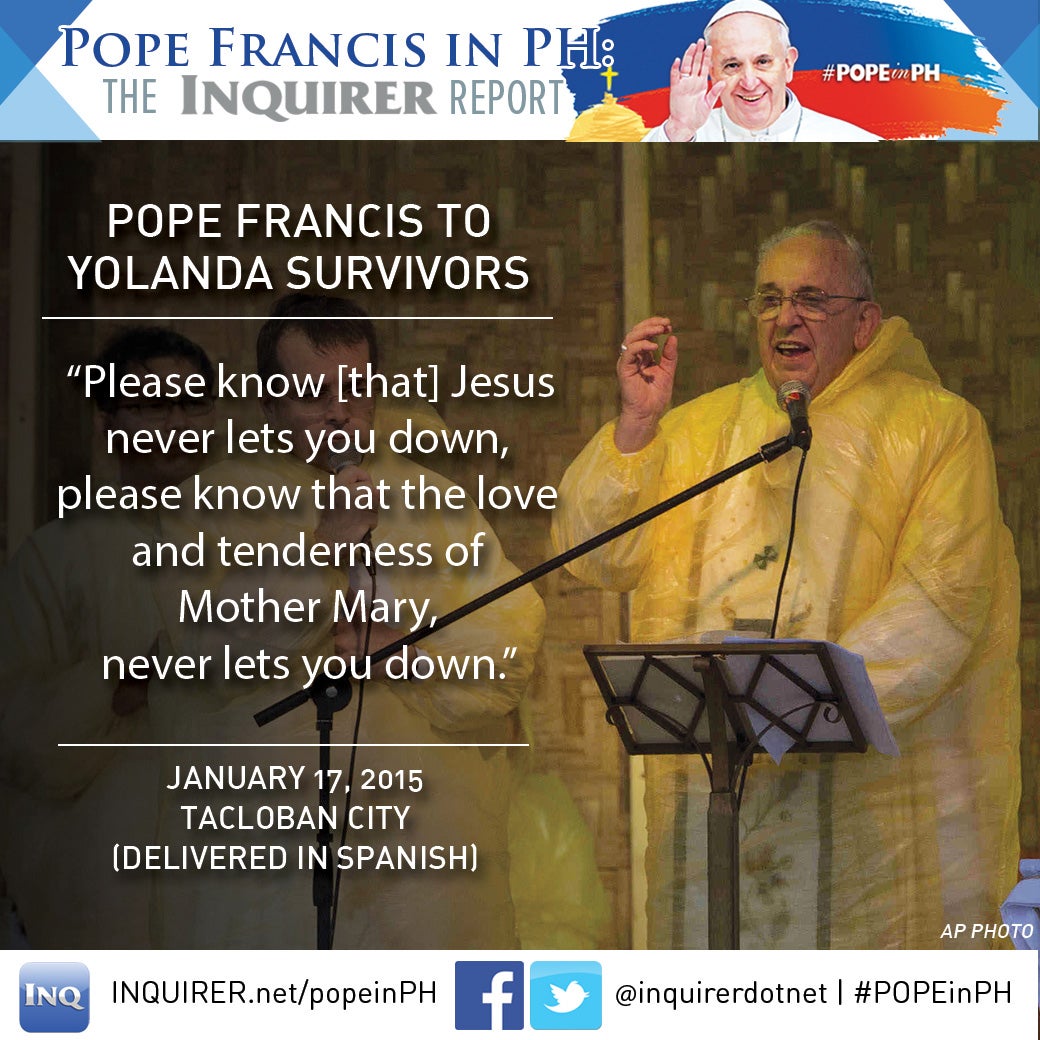