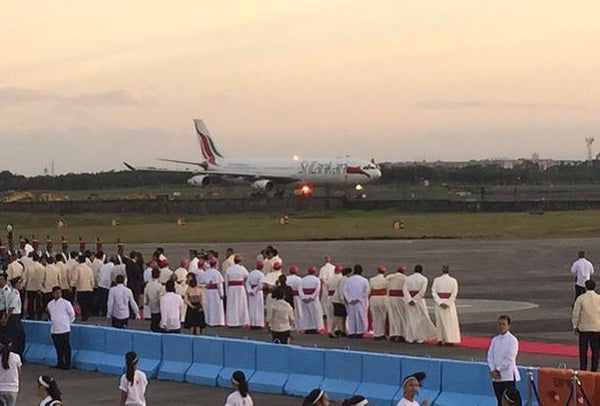 MANILA, The Philippines— The chartered SriLankan Airlines plane carrying Pope Francis and his 32-person delegation touched down in Manila at 5:32 pm Thursday, some 13 minutes ahead of schedule. The head of the Roman Catholic Church is on a five-day state and pastoral visit to the third-largest Catholic country in the world.

About 80 Vatican-accredited journalists, including 14 Filipinos, the Inquirer’s own Lito Zulueta among them, are also on board Flight UL41111.

The 78-year-old pontiff will disembark in Villamor Airbase, with President Benigno Aquino leading the official reception party. Orlando Cardinal Quevedo, the Archbishop of Cotabato whom Pope Francis named the first cardinal from Mindanao in his first consistory last year, heads the list of Church leaders who will welcome the Pope at the reception line.

Pope Francis arrived from Colombo, Sri Lanka, where he canonized the island-nation’s first saint, Joseph Vaz, in a “vibrant” ceremony described by a Sri Lankan newspaper as “one of the biggest public gatherings the city has ever witnessed.” 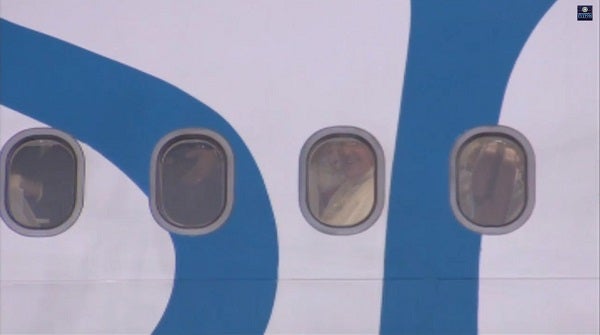 For a comprehensive view of the papal visit, read the Inquirer’s special site.

The popular Pope’s visit to the Philippines is not that of a “church functionary,” Archbishop Socrates Villegas, president of the Catholic Bishops of the Conference, said the other day. He is not visiting to preside over a “church function,” such as a canonization, but to condole with victims of Super Typhoon “Yolanda” (“Haiyan”).

Pope Francis will spend almost all of Saturday, January 17, in Tacloban and Palo, in Leyte, considered by many as ground zero of the Yolanda disaster. On his first full day Friday, Jan. 16, he will pay a courtesy call on President Aquino and meet the diplomatic corps in Malacanang, celebrate Mass with select clergy at the Manila Cathedral at around noon, and attend an “Encounter with Families” at the Mall of Asia Arena.

He will meet religious leaders and Filipino students at the University of Santo Tomas on the morning of Jan. 18, and celebrate an open-air Mass in the afternoon at the Rizal Park in Manila, in a culminating event that is expected to draw millions of Catholic faithful.—JN 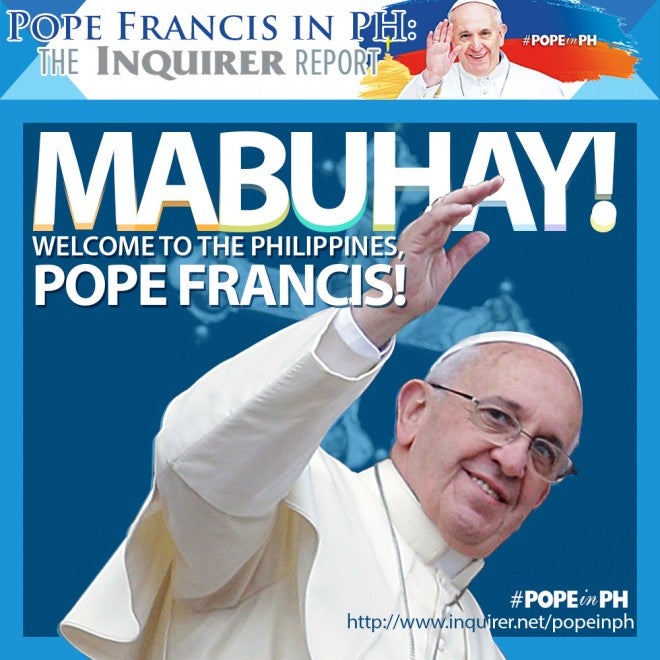