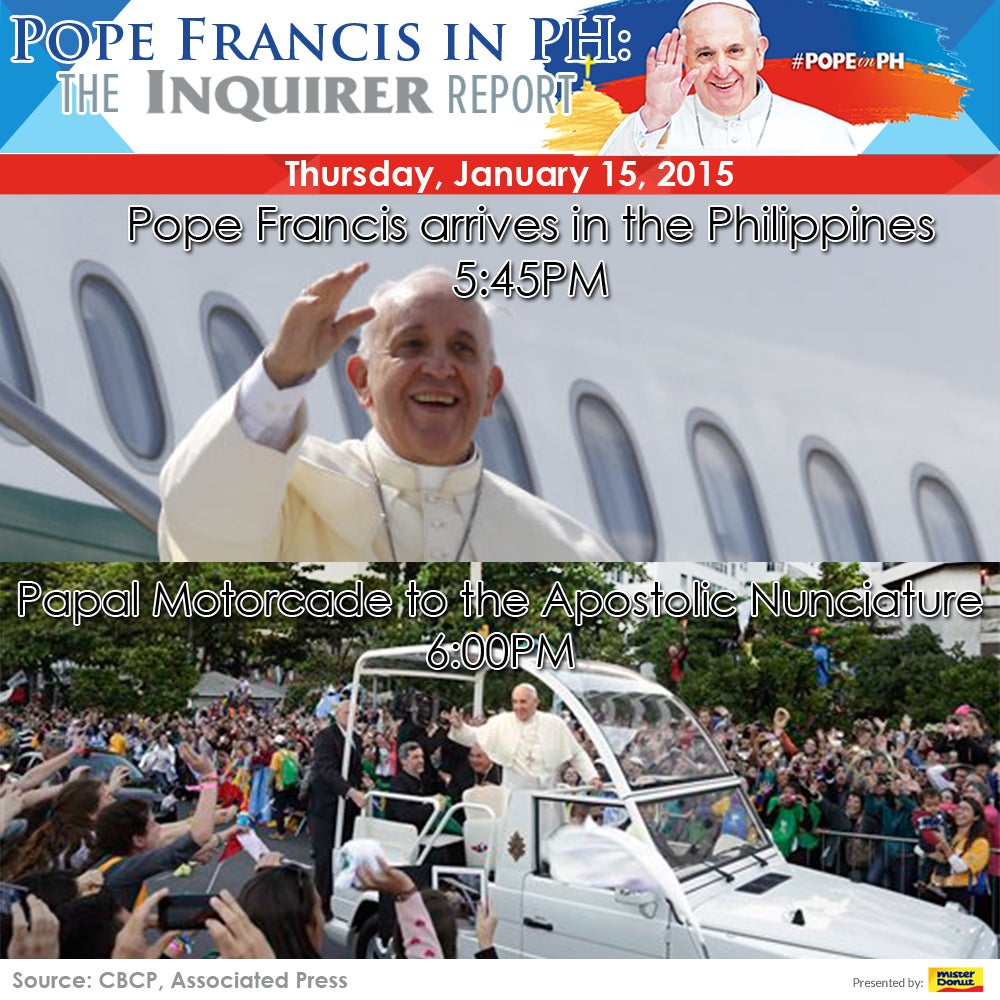 COLOMBO, Sri Lanka–Pope Francis departed Thursday morning from Sri Lanka and is en route to the Philippines, where he is due to arrive in the evening for a five-day state and pontifical visit.

The Vatican spokesman, the Rev. Federico Lombardi, was asked Wednesday if Francis might alter his schedule in the Philippines as a result of a tropical storm brewing in the Pacific that is heading toward the eastern coast.

“We hope there is not a hurricane, that it is only rain,” Lombardi said. “If there is only rain, the pope has no fear of the rain—we see him in St. Peter’s Square, he is ready to be in the rain! We hope it is not a particularly hard situation, but we will see.”

Forecasters say the storm has maximum sustained winds of 65 kilometers (40 miles) per hour and higher gusts. It may not make landfall, but will come close to Tacloban on Leyte Island, where the pope is to meet with survivors of the 2013 Supertyphoon Yolanda (Haiyan).

Forty elderly Filipinos living in the United States and Canada, mostly wheel-chair assisted, have made the long trip home in hopes of catching a glimpse of the pope during his visit to the Philippines, home to Asia’s largest Catholic population.

Catching a connecting flight from Taiwan, they said that while they started out as strangers, they have banded together on the journey.

Pacita Venezuela is heading with her husband and her 81-year-old mother Conchita to their hometown in Tacloban in eastern Leyte province. Francis is scheduled to visit Leyte on Saturday to celebrate a Mass and have lunch with survivors of Yolanda, which devastated the province on Nov. 8, 2013.

“It is my biggest opportunity to see him in Tacloban, and it is very emotional because of what happened in Tacloban, it affected my family and relatives,” said Venezuela, who has lived in Canada since 1990 and still has siblings in the city.

“I thank God,” she said, “that Pope Francis, he had a heart to see the people of Tacloban and the Philippines.”