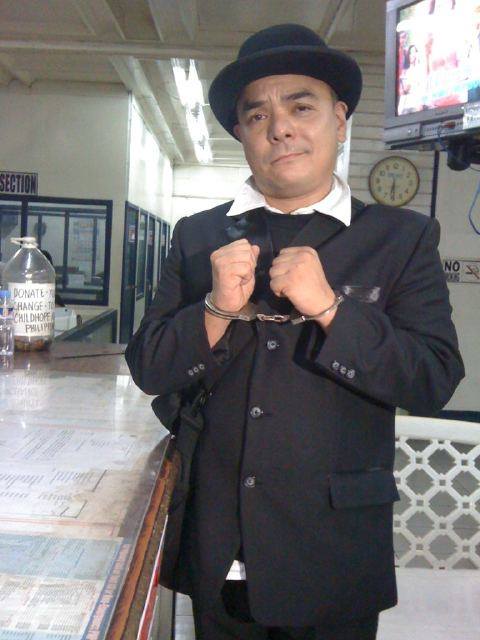 MANILA, Philippines–Echoing the Manila Regional Trial Court’s decision that “the right to free speech does not guarantee an unbridled license to say whatever one may wish,” the Court of Appeals affirmed the conviction of activist tour guide Carlos Celdran for offending religious feelings under Article 133 of the Revised Penal Code.

Celdran, a reproductive health advocate, was meted with the penalty of two months and 21 days to one year, one month and 11 days of imprisonment for shouting inside Manila Cathedral in 2010 in a call for the Church to stop meddling with government affairs while holding a “Damaso” sign referring to “Padre Damaso,” the antagonist priest in Rizal’s “Noli Me Tangere.”

In a 23-page decision, the appeals court’s  12th division, through Associate Justice Carmelita Salandanan-Manahan, said “the RTC was correct when it found that in conformity with one’s right to free exercise of religion, the faithfuls may, within the limit set by laws, rightfully practice and observe their beliefs, unimpeded by unfair interference from other people.”

“It goes without saying that those people observing certain form of religion or sect are equally entitled to the state’s protection as any of its citizens,” the appeals court added.

The CA rejected Celdran’s argument that Article 133 of the RPC shields religion from criticism.

“It imposes a penal sanction on anyone who performs acts notoriously offensive to the feelings of the faithful done inside a place devoted to religious worship or during the celebration of any religious ceremony. The petitioner (Celdran) cannot give any additional meaning to the clear and plain language of the law,” the court added.

The appeals court also pointed out that Celdran’s assertion that Article 133 is unconstitutional “lacks substance.”

“It should be borne in mind that religious freedom, although not unlimited, is a fundamental personal right and liberty, and has a preferred position in the hierarchy of values. It has been said that the religious clauses of the Constitution are all designed to protect the broadest possible liberty of conscience, to allow each man to believe as his conscience directs, to profess his beliefs and to live as he believes he ought to live, consistent with the liberty of others and with the common good,” the court said.

Concurring with the decision are Associate Justices Japar Dimaampao and Elihu Ybañez.

The case went to the appeals court after the RTC affirmed the decision of Metropolitan Trial Court Branch 4 Judge Juan Bermejo Jr. who convicted Celdran.

The lower court gave credence to the testimony of witnesses saying “the positive declaration of the witnesses for the prosecution and the circumstances surrounding the incident are sufficient to satisfy the quantum of evidence needed for a criminal conviction.”

The case stemmed from the complaint filed by Monsignor Nestor Cerbo of the Manila Cathedral.