MANILA, Philippines–Unless it recognizes and pays out the winnings of a lotto ticket that its owner claimed had been crumpled and burned, the Philippine Charity Sweepstakes Office (PCSO) might be charged with violating Republic Act No. 3019, or the Anti-Graft and Corrupt Practices Act.

Cavite Rep. Elpidio Barzaga Jr., chair of the House committee on games and amusement, said he would charge the PCSO with violating RA 3019 for causing undue injury to ticket holder Antonio Mendoza by withholding his winnings of P12,991,600, because his Oct. 2 lotto ticket could not be read by the PCSO validating machine. 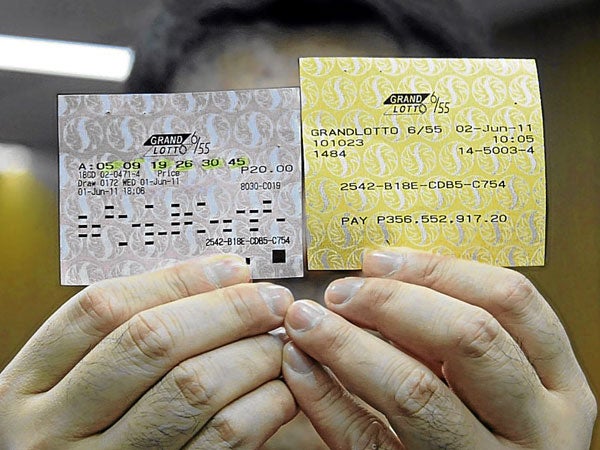 “I’m drafting the committee report personally. My recommendation is for the PCSO to pay (Mendoza),” Barzaga said in an interview with dzBB anchor Rowena Salvacion.

The committee conducted six hearings late last year to provide Mendoza with a venue to assert his claim to the almost P13-million prize money from the Oct. 2, 2014, draw of PCSO’s 6/42 lotto game.

Mendoza claimed he had the winning combination but that his ticket was crumpled by his granddaughter and its thermal paper damaged when his daughter ironed the ticket in an effort to smoothen it out. As a result, the ticket could no longer be validated by the PCSO machine.

PCSO General Manager Jose Ferdinand Rojas II told the House committee that the state lottery firm and the Commission on Audit (COA) have strict rules that specify, among other requirements, that the winning ticket should be positively validated by its machine.

In a text message, Rojas said the agency was standing by its position not to award the prize to Mendoza.

“We already explained our position to the committee. Our policy is no ticket, no payment. A ticket must be readable and validated by our machine,” Rojas said.

Barzaga said there were circumstantial evidence to prove Mendoza’s claim: no one else has come forward to claim the Oct. 2 prize; the PCSO itself certified that the winning combination was sold in the outlet used by Mendoza; the first two numbers of the six-digit winning combination were still recognizable on Mendoza’s ticket; and Mendoza and his family have passed a polygraph test conducted by the National Bureau of Investigation.

“Based on these circumstances, it is but fair for the PCSO to pay Mendoza. Otherwise, the public will lose its trust in them,” Barzaga said.

The congressman added that the COA auditors who testified before the committee said they would not penalize the PCSO for recognizing Mendoza as a winner even without a valid ticket, as long as the agency’s board voted to endorse such a move.

He said the COA allowed “secondary evidence” to cover the loss of vouchers or receipts involving bigger money.

Barzaga said he was confident the House plenary would uphold the committee’s recommendation in a report that he expected to come out before the end of this month.

“They know the situation and I can ably defend the findings of the committee,” the Cavite representative said.