Most hyped movies of the second half of 2015

Are you ready for all these films? Let’s hope they all make their way to our shores!

From Ant-Man to Star Wars: The Force Awakens, fast forward to the second half of 2015 where we take a look at some of the biggest movies set for release, including Pan, The Jungle Book, James Bond film Spectre and The Hunger Games: Mockingjay – Part 2.

The comedy pedigree of lead actor Paul Rudd and director Peyton Reed suggest that this size-changing adventure in technology could be a lighter addition to the Marvel Cinematic Universe, upon the understanding that the title character’s wouldn’t be credited with the creation of Avengers foe Ultron, just as Guardians Of The Galaxy offered a tonal shift from the more sombre implications of previous earth-based films.

Joe Wright of Anna Karenina, who was previously attached to the Ant-Man project, directs newcomer Levi Miller as a younger version of J.M. Barrie’s Peter Pan, with Garrett Hedlund as his emerging rival Hook, Amanda Seyfried as Mary, and Rooney Mara as the princess Tiger Lily. 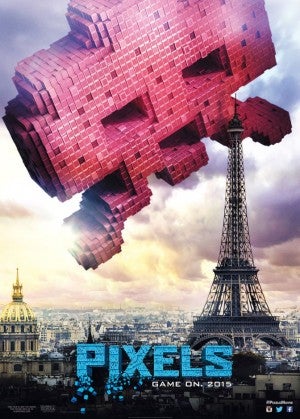 If there’s any certainty in US cinematic comedy, it’s that Adam Sandler knows how to make bank. Inspired by 2010’s two-minute short from Frenchman Patrick Jean, Pixels has Sandler, Kevin James, Josh Gad, and Peter Dinklage tasked with defending the world from an invading force modeled after early arcade game characters.

Four youthful actors take on the Fantastic Four mantle, with director Josh Trank looking to build on the momentum behind debut Chronicle and 20th Century Fox seeing sequel potential in 2017.

Having escaped the labyrinth of 2014’s US$340mil hit, Thomas and company are plunged into a second grand experiment, determined to overthrow their masters and find a cure for humanity’s remnant.

The second adaptation in James Dashner’s series of futuristic dystopian survival adventures, though in contrast to Insurgent and The Hunger Games the franchise places males in most of its principal roles.

The first of two major studio reworkings of the Rudyard Kipling stories, this Disney proposal favours a live action interpretation with Iron Man 2 director Jon Favreau at the helm, newcomer Neel Sethi as Mowgli, and a host of Hollywood names in support including Bill Murray, Idris Elba, Lupita Nyong’o and Scarlett Johansson.

Jem And The Holograms

Mining the resurgent fandom that surrounds a 1980s cartoon series of the same name, Jem updates the original formula for this online age, with the title character (Aubrey Peeples, Nashville) becoming an online pop star while trying to unravel personal mysteries with her friends and bandmates.

Sam Mendes’s second crack at the James Bond franchise after Skyfall and marking Daniel Craig’s 10th year as the British superspy, delving into a sinister organisation that threatens the global balance of power and comes up against a new archvillain in Franz Oberhauser (Christoph Waltz).

Opens: Nov 13
A selfie of Samuel L. Jackson taken on the set of The Hateful Eight that is posted on the film’s Facebook page.
Quentin Tarantino returns to the Western genre and looks to maximise the potential of a stellar cast and early interest in the project when interest intensified in January of 2014.

The latest two-part finale after those of the Harry Potter and Twilight film franchises set something of an industry standard sees Katniss Everdeen (Jennifer Lawrence) take her place as leader of the resistance ready to overthrow a cruel empire.

Part 1 might have received the lowest box office bank of the series so far, but it still stands on a mighty US$670mil following its November 2014 release, boding well for the concluding segment upon its arrival late in 2015.

Iconic characters Luke Skywalker, Han Solo and Princess Leia return to hand over the baton to a new generation at the hands of director J.J. Abrams and screenwriter Lawrence Kasdan, with John Boyega, Daisy Ridley, Adam Driver and Oscar Isaac in prominent roles in the first entry to a new trilogy, with standalone spinoffs to dovetail with scheduling plans.

Read Next
Policemen nationwide unseal their guns
EDITORS' PICK
Pharmally’s Mago no longer in her condo unit — Gordon
Huawei’s relentless mission to bring ultimate health and wellness tracking for your fitness goals
294 areas in NCR under granular lockdown — PNP
Gordon to Pharmally’s Mago: Show up or be a fugitive
Smart reaffirms 5G leadership as PH’s most reliable 5G mobile operator
4 essentials for overcoming data protection challenges in the New Normal
MOST READ
Senators secure Pharmally exec offering to turn witness
Carlo Aquino reveals he almost starred in hit Korean series ‘Squid Game’
‘If it goes to Malacañang, so be it’: Lacson vows to follow evidence in Pharmally probe
Typhoon Lannie likely to intensify on Monday
Don't miss out on the latest news and information.