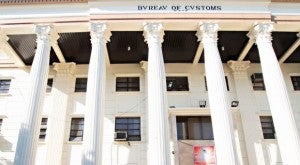 MANILA, Philippines—The former chief of the Bureau of Customs’ (BOC) Davao collection district has dismissed as “not true, baseless and malicious” reports on his alleged involvement in oil smuggling, among other irregularities.

Retired Army Brig. Gen. Ernesto Aradanas, who was relieved of his post on Oct. 1, has called for due process and an impartial investigation of his case.

“All that I ask is that due process be observed and an impartial investigation be conducted (by the BOC) in the interest of truth and justice to set the records straight and with God’s grace, clear my name in the process,” said Aradanas in a recent letter to the Inquirer.

“Sadly, until now, the flawed intelligence report of the BOC Intelligence Group remains unrectified and the conduct of a proper investigation of the case has not been pursued by the BOC Investigation Division,” he said.

The BOC is an attached agency of the Department of Finance (DOF).

Aradanas said he was “affronted by reports released to the media and the public that imply misconduct on my part, as well as the Port of Davao’s part, as I had been slighted by the arbitrary termination of my service and my relief as district collector of the Davao port, mainly because the stated reasons are not veritable and the allegations unfounded.”

He claimed he was “above board on this case,” saying he had performed his duties and responsibilities “in accordance with the Tariff and Customs Code of the Philippines and other pertinent laws.”

“Under my short watch, the Port of Davao had been given a Certificate of Recognition for Outstanding Performance during the first semester of 2014 by the bureau. Understandably, I created ‘enemies’ and mercenary and self-interested detractors along the way,” he said.

Finance Secretary Cesar Purisima, in an Oct. 1 memo, notified Aradanas about the expiration of his term of service “on the ground of loss of trust and confidence.”

In an Oct. 2 letter to Purisima, the former Army officer disputed the allegations against him.

In February, Aradanas was appointed Project Manager III in the DOF Office of Revenue Agency Modernization detailed at the BOC.

In October, the Inquirer reported that Customs Commissioner John Phillip Sevilla had asked the former Army officer to tender his resignation. However, Aradanas refused, prompting Sevilla to fire him.

Earlier, Sevilla had ordered then Davao district collector to issue a warrant of seizure and detention against a shipment of suspected smuggled petroleum products.

Aradanas instead cleared the shipment and had it moved to a private port in General Santos City, where it was apprehended by a joint team from the Customs Intelligence and Investigation Service and the Philippine Coast Guard.

“Unfortunately, this was seen by Commissioner Sevilla as an act of defiance and inability to carry out a direct order from the head of the agency,” he explained in his Oct. 2 letter to Purisima.

Davao Customs chief defies order to quit, is fired instead