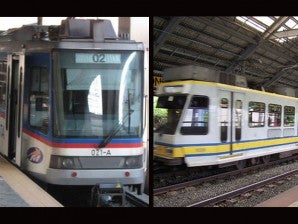 On Christmas and the New Year, LRT and MRT operations on selected dates will be shortened, spokesperson Hernando Cabrera announced in his official Twitter account on Friday.

For LRT-1, the last train will leave Baclaran and Roosevelt stations at 8 p.m. on December 24.

On New Year’s Eve, the last train will leave the end stations of LRT-1 earlier at 7 p.m.

The last trip for LRT-2 from the Recto and Santolan stations on Christmas eve will be at 8:30 p.m. and 8 p.m., respectively.

On December 31, trains will leave Santolan at 7 p.m. while the last trip from the Recto station will be at 7:30 p.m.