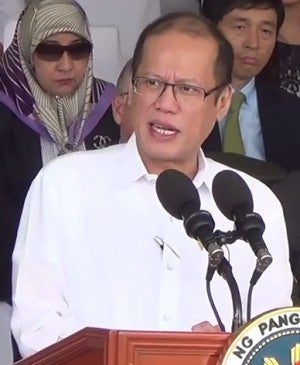 MANILA, Philippines – From a capability upgrade to getting fuller stomachs. Finally, Filipino soldiers can now enjoy better meals and nourishment as their daily P90 subsistence allowance has been increased to P150 through a joint resolution filed in Congress by their former colleagues-turned rebels-turned politicians.

President Aquino announced the approval of the joint resolution at the 79th anniversary of the Armed Forces of the Philippines (AFP) on Thursday, and vowed he would sign it into law.

“I have some good news today on your anniversary: Senate President Franklin Drilon told me that last night, the Senate and the House of Representatives had passed the resolution proposing to increase to P150 the subsistence allowance of our soldiers, police, and other members of the uniformed service,” the President said.

“I am only awaiting the proposal and when it is on my desk, I will sign it right away,” he added.

All three lawmakers were graduates of the Philippine Military Academy (PMA) and were junior officers when they led the Oakwood Mutiny in 2003 and the 2007 Manila Peninsula siege against then President Gloria Macapagal-Arroyo.

Trillanes was a Navy officer, Alejano was in the Marines, while Acedillo was an Air Force pilot.

Trillanes had said that hopefully, the resolution could be implemented by Jan. 1, 2015.

The uniformed personnel’s subsistence allowance had been at P90 for many years.

Soldiers in the field usually augment their meals by planting vegetables and raising chickens in their military camps in the provinces.

On Thursday, military officers welcomed the increase in their subsistence allowance, saying they can now at least enjoy a hamburger.