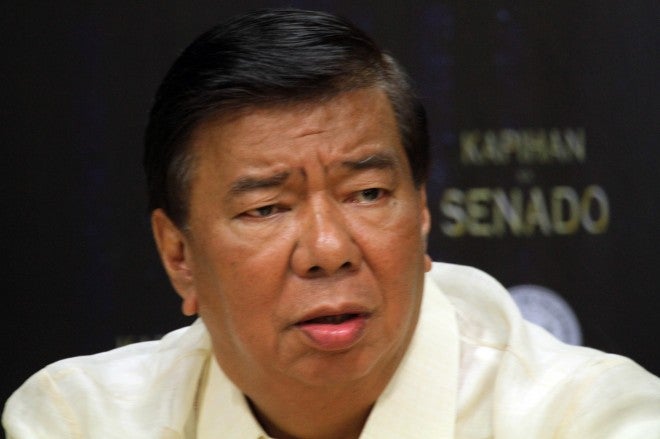 MANILA, Philippines – Senate President Franklin Drilon called on the Department of Foreign Affairs (DFA) on Thursday to initiate a review of the Visiting Forces Agreement (VFA) between the Philippines and the United States to revise its provisions on the detention and custody of a person accused in a foreign land.

Drilon made the call after the US refused to hand over to Philippine authorities Pfc. Joseph Scott Pemberton, who has been charged with the murder of Filipino transgender Jeffrey “Jennifer” Laude.

“Ako ay nalulungkot sa posisyon ng Amerika. Masyadong teknikal ang kanilang interpretasyon ng Visiting Forces Agreement,” the Senate president said over radio dzRH. (I am saddened with the position of the US. Their interpretation of the VFA is very technical.)

Subsequently, Drilon pushed for a review of the VFA.

The Senate only ratifies treaties. It does not review or revise them, Drilon explained.

US rejects PH demand for custody of Pemberton

PH-US tug of war over Pemberton heats up