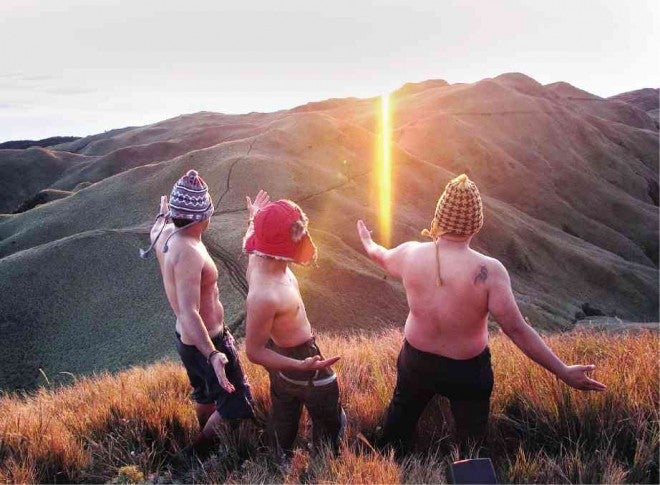 PULAG BUSINESS The preservation of Mount Pulag has relied on the support of mountaineers and trekkers, as much as in the community’s efforts to protect its remaining forests and animal life. A local group has urged Pulag communities to offer bed and breakfast for trekkers who climb to the summit. Housing them in the villages may unburden the summit of campers. EZRA ESPIRITU/ CONTRIBUTOR

BAGUIO CITY—Instead of expanding their farms into the forests, vegetable growers in Benguet province should venture into bed-and-breakfast services for tourists visiting their communities within the Mt. Pulag National Park, an environmental advocate said.

Joseph Paul Alipio, executive director of the the Cordillera Conservation Trust (CCT), described the encroachment of vegetable fields on Pulag as the biggest threat to the popular destination for trekkers and environmentalists.

Pulag, which straddles several towns in Benguet, Ifugao and Nueva Vizcaya provinces, was declared a protected national park by then President Corazon Aquino in 1987, but it has also been hosting communities, some of whom had acquired ancestral domain titles and agrarian reform titles over their properties.

The mountain is also a profitable tourist destination.

An average of 3,000 people climb each month during the peak season, said Emerita Albas, Pulag park supervisor. During the rainy season, the mountain hosts an average of 400 people a month.

Forest incursions have been attributed to the high demand for salad vegetables grown in Benguet. The province supplies up to 80 percent of Metro Manila’s daily salad vegetable requirements.

Concern about the expansion of vegetable farms prompted the government to send soldiers to guard Pulag in October 2013, after police discovered that a huge portion of the forest reservation near the boundaries of Bokod and Kabayan towns had already been cleared for farming.

“This way we keep the forest intact and provide additional livelihood sources for the villagers. The forest is essential for sustainable agriculture and is also what draws tourists to Mt. Pulag,” he said.

Based on the average number of visitors, a family could earn some P20,000 a month on bed and breakfast services alone, Alipio said.

“They can charge visitors P150 a night and even cook for visitors at P70 a meal. The value chain is lengthened,” he said.

Alipio said many local residents were already earning as tour guides for trekkers, but providing bed and breakfast services would increase their potential revenue. Guides and porters earn an average of P2,000 a month, he said.

Alipio said CCT introduced the bed-and-breakfast idea to residents of Sitio Babadac in Kabayan, and a family there had converted their property into a facility that accommodates 40 visitors.

“We started with sleeping bags on the floor, and some camped out at the yard. Later on, when they get the feel [of how this works], we could help improve their services by providing beds and upgrading the bathrooms,” he said.

This way, he said, villages could become tourist destinations as well.

“Before going to the [Pulag] summit, visitors can visit the communities and have a first hand experience of village life,” Alipio said.

CCT intends to discuss its proposal with the Protected Area Management Board overseeing Pulag to discourage tourists to set up camps and be served by the communities instead. The concept allows trekkers to interact with the community and bring the economy to them without harming the environment, Alipio said.

The idea could be tested when CCT pursues a plan to stage a mountain race at Pulag.